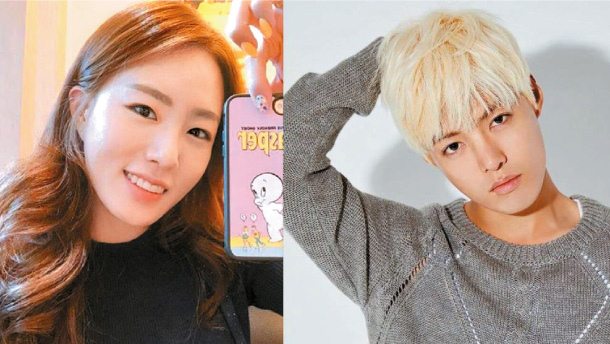 The two have been dating for about five to six months, after getting close to each other while filming SBS’ entertainment show “Law of the Jungle in Last Indian Ocean,” which aired in September.

They both also appeared on another entertainment show called Hanjibsali, roughly translated to living in one house, on broadcaster TV Chosun in November. During one scene in the show, the two visited a fortune-teller together and were told they would match well as their relationship is as sticky as yeot, traditional Korean caramel.

Lee, one of Korea’s top elite speed skaters, recently signed a deal with an entertainment agency. Singer Kangnam, who debuted as part of M.I.B in 2011, has been active in the entertainment scene since taking roles in such shows as “I Live Alone” on MBC. After his band disbanded in 2017, he went solo and became a trot singer.