Former World No. 1 Park In-bee is back on the LPGA Tour as a full-time pro this season. 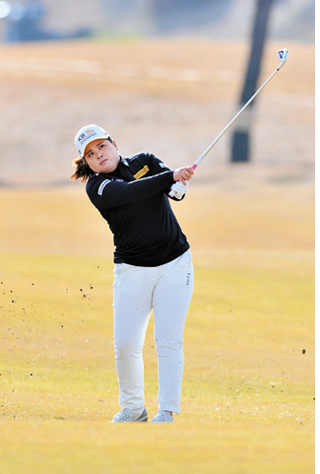 Starting today, Park will compete in her second tournament and look to defend her title at the Bank of Hope Founders Cup in Phoenix.

Although five LPGA Tour events have already been played, Park is off to a later start than others as she has only competed at the HSBC Women’s World Championship. She may have started slow, but her 14th place finish wasn’t bad.

The Bank of Hope Founders Cup will be the first tournament to be played in the United States this year.

Last season, Park dominated the tournament by finishing five shots ahead of the runners-up.

Despite her 19th LPGA Tour victory early last year, Park didn’t have the strongest season. From March to September, she only competed in 13 tournaments due to injuries she has struggled with since 2016.

Although Park didn’t play as many tournaments as the other golfers, her performance was as good as usual, recording six top-10 finishes.

Park’s achievements over the past three seasons, despite not playing in enough tournaments to be considered a full-time player, are still impressive.

“What she has done the past three seasons as essentially a part-time player has been outrageously good,” stated Golfweek. “She played in 37 events from 2016 to 2018, winning twice on the LPGA in addition to the Olympics gold medal.”

This season, Park has finally decided to make her return to the tour. Unlike the last three seasons, Park has set her goal at playing in about 15 to 18 tournaments this season.

Having won four of the five major tournaments throughout her career, Park is only one win away from achieving a super career grand slam. To achieve the record, Park will have to win the Evian Championship. Although she won it in 2012, Park still has yet to have achieve her super career grand slam as the tournament was not considered a major until 2013.

“I have been kind of in and out of the tour,” Park was quoted as saying on Golfweek. “And, you know, when I was not playing the tour, I really missed the tour, and I really know what I want to do.”

It won’t be an easy week for Park to defend her title. The top-three players in the world ranking - Korea’s Park Sung-hyun, Ariya Jutanugarn of Thailand and Minjee Lee of Australia - will all be competing.

Korean golfers have traditionally been strong at this specific tournament. Over the past four years, the tournament has been won by a Korean three out of four times. Kim Hyo-joo and Kim Sei-young won it in 2015 and 2016, respectively, before Park In-bee won the tournament in 2018.

Park will play her first round with Laura Davies and Carlota Ciganda at 7:55 a.m., starting on the 10th hole.