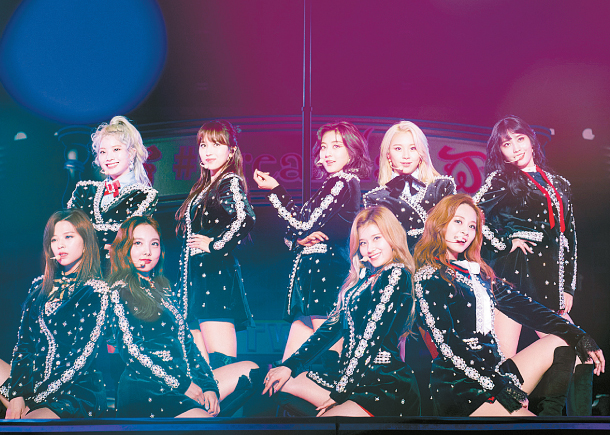 Girl group Twice successfully kicked off its Japanese dome tour on Wednesday at the Kyocera Dome in Osaka. The tour, titled “TWICE DOME TOUR 2019 ‘#Dreamday,’” is the first dome tour for a female K-pop act. The group held another show on Thursday at the same venue, which was added due to heavy demand from their Japanese fans. Its next performances will be held on March 29 and 30 at the Tokyo Dome and on April 6 at Nagoya Dome. The group recently released its Japanese album “#TWICE2” on March 6, which went on to top local music charts. [JYP ENTERTAINMENT]