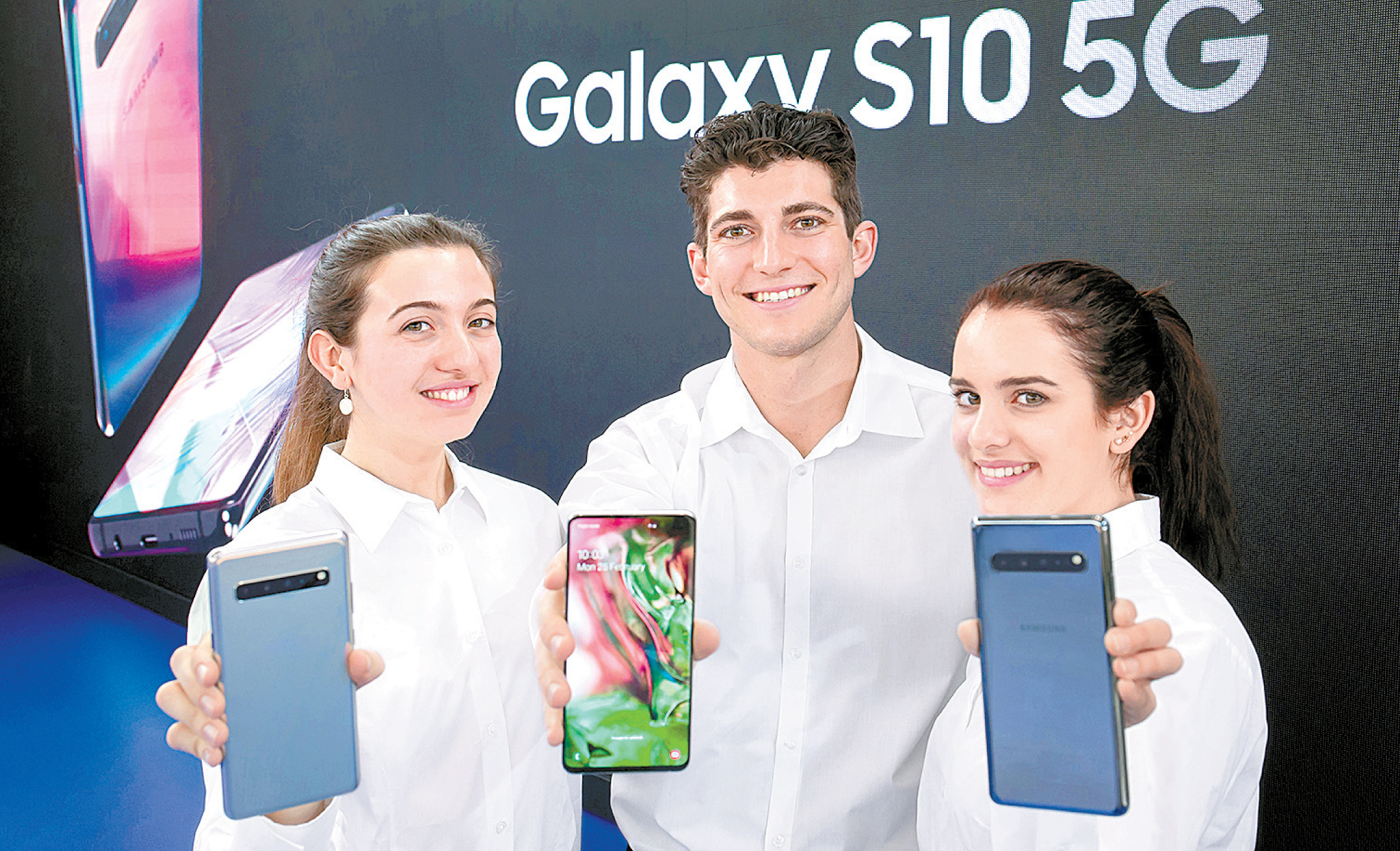 After several days of industrial performance anxiety, Korea is back on track to being the first country to commercialize a 5G network for mobile phones.

Samsung Electronics said Thursday it will launch its Galaxy S10 5G smartphone on April 5, six days earlier than an April 11 launch of Motorola’s Moto Z3 smartphone by U.S. telecoms company Verizon. While the Moto Z3 is essentially a 4G phone, it can be upgraded to support 5G with an add-on device.

Korea’s government had been boasting of plans to be the first country to commercialize a full 5G network since last June. But delays in the launch of a 5G phone and phone plans for 5G services threatened to scuttle that ambition.

Samsung’s announcement puts Korea back in the lead.

The launch will enable buyers of the S10 5G to experience 5G connection speeds as soon as they unbox the phone, especially in Seoul and other major cities. The phones themselves, however, are expected to be scarce as supplies of 5G phone parts - including major chipsets - remain uncertain.

The 5G phone is also expected to be expensive, with a price tag of around 1.5 million won ($1,330), according to industry insiders.

Also, while 5G networks will be roughly 20 times faster than the current 4G LTE networks, the speed might not be fully evident everywhere. 5G base stations are still being built and tested, especially outside greater Seoul. In areas where 5G signals are weak or nonexistent, the phones will work on LTE.

Before the phone’s launch, Korea’s three mobile carriers will come up with plans for 5G service subscribers.

Korea’s largest mobile carrier, SK Telecom, is still deciding on the price of its 5G plans. Its earlier proposal was rejected by the Ministry of Science and ICT this month.

The ministry said SK Telecom’s phone plans were too concentrated on offerings for heavy-data users and told the carrier to come up with more affordable plans. All of SK Telecom’s plans were reportedly higher than 70,000 won a month.

SK Telecom is expected to make another proposal to the government as early as this week. Smaller carriers KT and LG U+ will likely base their plans on SK Telecom’s after it is approved.

LG Electronics, which unveiled a dual-display 5G phone dubbed the LG V50 ThinQ 5G last month, has not announced an official launch date, according to a company spokesperson Thursday. Industry sources say LG will launch the phone next month.

Samsung Electronics has decided not to take preorders for the Galaxy S10 5G but will offer freebies and discount coupons for phone repairs to customers who buy the phone before April 17.