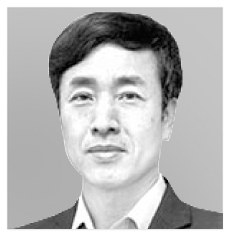 Jeon Jae-hong
The author is an editorial writer of the JoongAng Ilbo.

A century ago, our ancestors made it clear that they were engaging the March 1, 1919, Independence Movement in order to rebuild the country, instead of treating Japan as an enemy that repressed the Korean people. The spirit of the movement — based on the spirit of democracy, peace and nonviolence — is concisely reflected in the preamble of the Constitution of the Republic of Korea.

As we mark the centennial anniversary, we must look back on ourselves to see our devotion to uphold the spirit. Han Wan-sang — chairman of a commemoration project committee for the centennial of the March 1 Independence Movement and the establishment of the provisional government — addressed the issue in an interview with the JoongAng Ilbo on March 15. “The key of the March 1 Movement is the pre-emptive implementation of love, the pre-emptive implementation of justice and the pre-emptive creation of peace,” he said. “The spirit is a perfection that nothing could have been a match, even after 100 years.”

The recent instigation of anti-Japanese sentiment in Korea is a direct contradiction to that spirit because it is not a pre-emptive practice of love, justice and peace, but a pre-emptive boycott of Japan. The Gyeonggi provincial assembly attempts to create an ordinance that would place the “Made by a Japanese corporate war criminal!” label on Japanese products in grade schools. That is not only ineffective but also a move that will provoke strong resistance from Japan. In addition to economic retaliations by Tokyo, a crack will also be created on the Korea-U.S.-Japan security cooperation. The ordinance is an unnecessary move that will inflict wounds on ourselves.

Of the 17 city and provincial education offices, 10 offices, including the Gwangju Metropolitan Education Office, are advising schools to change their school songs if their composers or lyricists have pro-Japan pasts. They are also going too far. The background of composers and lyricists is judged based on the biographical dictionary of Japanese collaborators, published in 2009 by the Center for Historical Truth and Justice.

China evaluates Mao Zedong — who killed tens of millions of people with his policies of the Great Leap Forward and Cultural Revolution — as “70 percent right and 30 percent wrong.” Calling historical figures Japanese collaborators by simply looking at a part of their lives during the 35 years of Japanese colonization will only help narrow our history.

“A superior man does not ignore what a person says just because of his or her shortcomings,” said Confucius. Just because one has a past of Japanese collaboration, you can hardly throw away their good work.

A deterioration of our relationship with Japan does not benefit anyone as it will negatively impact the measures to resolve the North Korean nuclear issues and China’s rise. The Korea-Japan relationship began worsening as Japan is rapidly turning right since Prime Minister Shinzo Abe took office. It further deteriorated after the comfort women deal was practically scrapped by the Moon Jae-in administration and the Supreme Court ruled that Japanese companies had to compensate forced laborers.

To improve ties, we must resolve the historical issues that have been so complicatedly twisted. The two countries must face the fact that worsened ties help no one and seriously try to find a resolution to the issues. “A one-shot deal must be sought to resolve issues of the comfort women and forced laborers, the most sensitive matter between the two countries,” said Shin Kak-soo, former Korean ambassador to Japan.

In addition to the deal, various exchanges between the governments and civilian sectors of the two countries, including shuttle diplomacy between the two countries’ leaders, must become routinized. Only then can a mood be created to solve the problem through dialogues, instead of through emotional reactions.

Shin Suk-ju, one of the best diplomats of the 15th-century Joseon Dynasty, and Ryu Seong-ryong, who wrote “The Book of Corrections” after the Japanese invasion of Joseon, both stressed that Korea must not lose peace and harmony with Japan. As Korea-Japan relations are heading to the bottom even 100 years after the March 1 Movement, President Moon must remember the lesson from our ancestors.