An herbivore with teeth

An herbivore with teeth 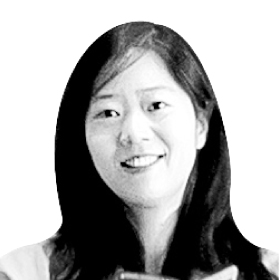 Presidential spokesman Kim Eui-kyeom had many reasons for buying a property that could make him tons of money, but speculation was not one of them. “I have not owned a home for nearly 30 years after marriage,” he told reporters. “I needed a bigger place to support my mother. I am 56 and do not wish to go back to a rented home after I resign [from the presidential spokesman post].

“Some say the property I bought for 2.5 billion won [$2.2 million] is valued at 3.5 billion won. I put all I had [into it] and cannot agree to the accusation that I hit a jackpot.”

The journalist-turned-spokesman was skilled at romanticizing his reasoning and downplaying any suggestion of greed. The working couple was married for 30 years, lived modestly all their lives and don’t even own their own apartment. They wished to support their aged mother, who no longer can live alone, in a bigger and new apartment. He proudly pointed out that he borrowed more than 1 billion won in loans that charge more than 100 million won in monthly interest. He put all of his savings into making the investment for his family’s future.
He argued he was unashamed and claimed to have done no wrong. Yet who would not question his sudden reversal of fortune just six months after going to the Blue House?

Kim’s purchase of a two-story building in a district of Heukseok-dong subject to redevelopment in Seoul’s southern Dongjak District for a bargain price of 2.6 billion won last July was disclosed thanks to the law requiring senior public officials to disclose their assets. The jump in Kim’s wealth and well-timed real estate investment coincided with a combined Blue House-government war on real estate speculators.

Kim did not apologize, and was unabashed in sharing his side of the story. He did not care how the public would take his windfall of getting — not one — but two apartments as well as a space in the shopping building in the new apartment complex to be built. On paper, he earned at least 1 billion won in just six months from his investment at a time the government had been trying to rein in runaway housing prices in Seoul and in other hot districts — and stop people like him from making money like that. People bombarded with taxes just because the value of their homes went up would naturally be outraged that a spokesman for this government had a very different view of the grubby practice of real estate speculation than his superiors. 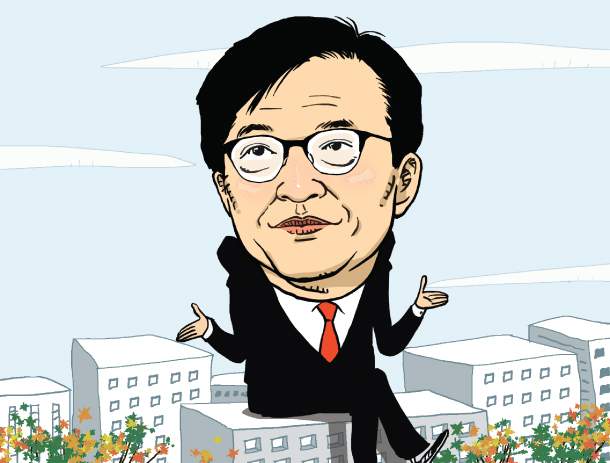 Bank loans were hard to get even before the government announced its toughest-yet package of real estate measures on Sept. 11. New mortgages were granted based on total liabilities and income ratios starting from January. Choi Jong-koo, chief of the Financial Services Commission, had given specific orders to lenders to be strict in extending household loans just a week before Kim signed his property deal. But Kim was able to get 1.02 billion won from a single lender — Kookmin Bank — based on his income of about 100 million won a year since his wife retired from teaching. Many wish to know his secret allure to that bank — or suspect preferential treatment for the spokesman for the president.

Even with the possibility of illegalities aside, Kim’s real estate investment poses many questions. After he got the job in the Blue House, he moved out of a jeonse (long-term deposit rent loans) home and moved into a staff residence, although that was unnecessary since he had been living in Seoul. He retrieved the jeonse deposit of 480 million won and used it to buy the property. It seems like he took advantage of the staff residence to fund his real estate speculation. The presidential office said residences were supplied to those who live in Seoul depending on the urgency of their work. No spokesman for past conservative governments lived in a staff residence.

Park Soo-hyun, former spokesman for President Moon Jae-in, lived there because his home was in Gongju, South Chungcheong. Moreover, Kim moved his family into the residence.

The building he bought with such acumen was offered on the market at a bargain from a self-employed noodle shop owner who could no longer handle debt and his money-losing business.

In 2011, Kim wrote in a column in the Hankyoreh newspaper, “When I see some apartment prices jump by double digits while I hardly can manage my rent, when I look upon my life living as a herbivore in a field where the powerful and rich dominate, the fundamental question arises: What does this nation mean to me?”

Ordinary people Kim’s age have a hard time supporting their families with disposable incomes at the lowest level in a decade. Imagine their sense of betrayal by one of their peers who had claimed to know their suffering.