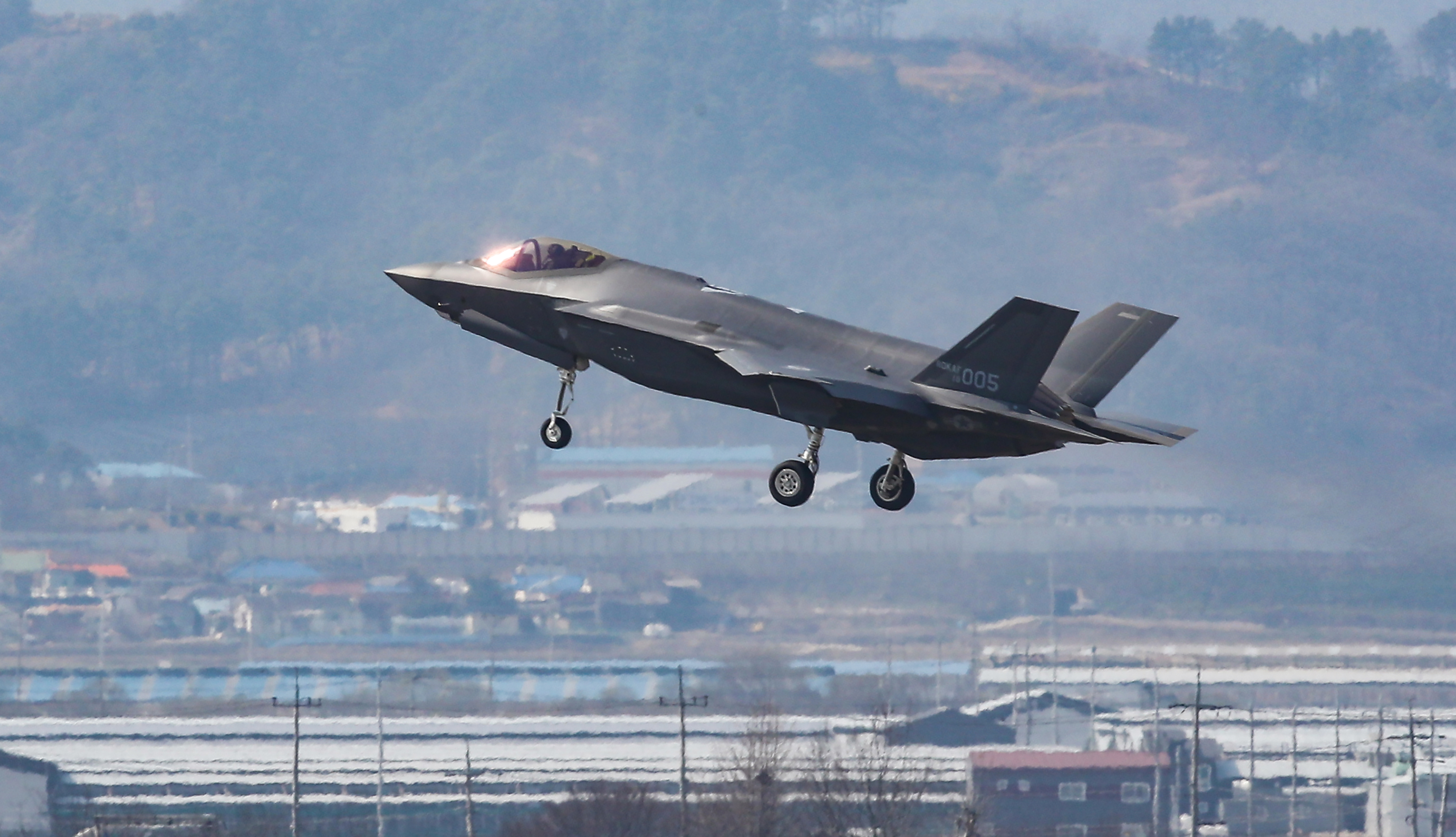 A U.S.-made F-35A fighter jet lands at an air base in Cheongju, 140 kilometers (87 miles) south of Seoul, one of two that arrived on Friday. Korea joined the ranks of Asia’s few radar-evading warplane operators. A total of 10 F-35A fighters, manufactured by the U.S. defense company Lockheed Martin, are set to arrive in Korea by the end of this year. In 2014, Seoul decided to purchase 40 F-35As for deployment through 2021 at a cost of 7.4 trillion won ($6.5 billion). [YONHAP]