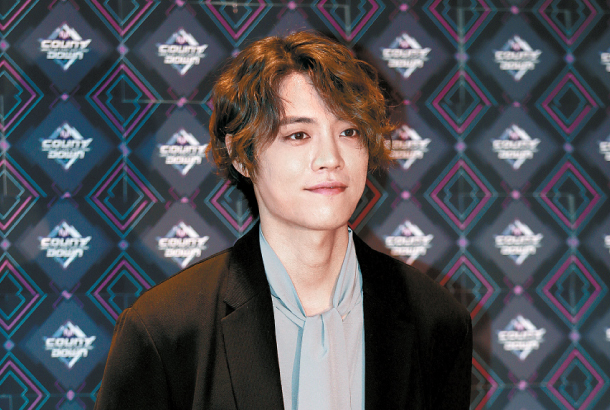 Singer Eddy Kim has been booked for spreading obscene material through a KakaoTalk chat room with fellow celebrities, the police announced on Thursday evening.

According to police, they have charged Kim for violating the Act on Promotion of Information and Communications Network Utilization and Information Protection, by uploading an explicit photograph in a group conversation with fellow celebrities, including singer Jung Joon-young.

Kim was called in for questioning as a suspect on March 31 and was questioned for two hours.

Although his agency Mystic Story admitted that Kim did upload obscene content through the messaging app, they emphasized that it was a photograph that he found on the internet - not something he took himself.

Jung is accused of secretly filming himself having sex with women and sharing the footage with friends on mobile chats.

“It is true that Eddy Kim was a member of the group chat [with Jung], but we have confirmed that he has never either shot or distributed any illegal videos himself,” the agency stated. “He realizes the gravity of the situation, and feels a deep sense of remorse. We sincerely apologize for causing trouble.”

The police have also recently booked singer Roy Kim on the same charges and will be calling him in for questioning.

The singer is currently in the United States, but will return to Korea to be questioned.