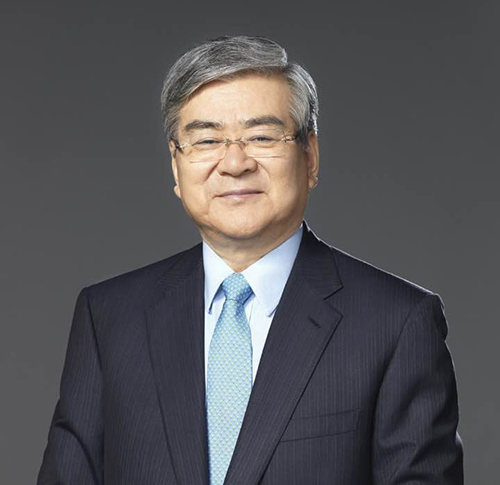 According to the group, Cho died in the United States due to chronic disease. The group plans to announce the timeline for delivering Cho's body and his funeral will be at a later time when they are decided.

The group said Cho had a disease related to his lungs. He had left for Los Angeles in December to look around the group's hotel business and stayed there until he died, according to a group spokesperson. Hanjin Group operates Wilshire Grand Center in Los Angeles.

Cho's family members — his wife Lee Myung-hee and three children Cho Won-tae, Cho Hyun-ah, and Cho Hyun-min — were all present at the hospital in Los Angeles when Cho died, the group confirmed.

As of 9:50 a.m. Hanjin Group said it had entered into an emergency managment system, adding that key decisions regarding the group will be discussed at a presidential committee made up of the heads of Hanjin affiliates, including Cho Won-tae, son of Cho Yang-ho and president of Korean Air.

The Hanjin Group chairman seat lies empty for the time being. The group spokesperson said major management issues will likely be discussed after the funeral. The Korean Air chairman seat has sat empty since Cho was ousted last month. He was on trial on charges of embezzlement and breach of trust.

Cho was the president of the Organizing Committee for the 2018 PyeongChang Olympic & Paralympic Winter Games but stepped down in 2016.

Over the past several years, Cho and his family have struggled to maintain their grip on the group, especially after his oldest daughter Cho Hyun-ah sparked international outrage in 2014 when she forced a taxiing plane to return to its gate in New York, an incident that is widely known as the nut rage scandal.

A string of scandals followed the incident, including accusations that his wife Lee verbally and physically abused employees and daughter Cho Hyun-min threw a beverage at employees of the airline’s advertising agency. The family has also been charged with smuggling goods into Korea and is still facing criminal investigations on some pending abuse charges.

Following the news of Cho’s death, Hanjin Group shares soared up Monday, likely due to expectations that the group’s governance structure will be restructured.

-2014: Became president of the PyeongChang Organizing Committee for the 2018 Olympic & Paralympic Winter Games