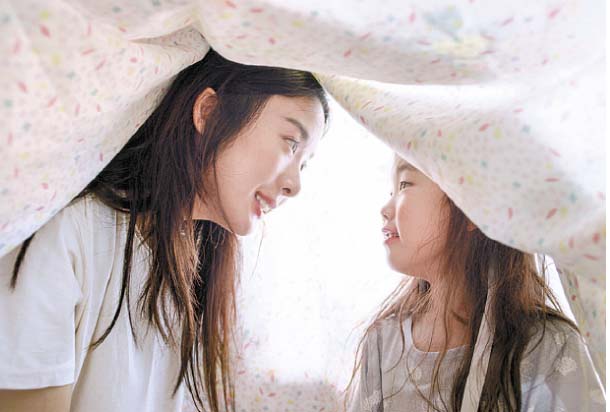 Eunjo is a mother who lives in despair after losing the only thing that makes her happy, her daughter. When she tries to take her life, she has a hazy memory of seeing a man lying next to her in a hospital who says, “Please wait until I remember you.”

She wakes up to find that her time is now going backwards. Every day when she wakes up, she goes back a day in time. She manages to change the past and save her daughter, and is surprised to come across the man she thought she only dreamed of. However, she is frustrated to wake up the next day in the past, and instinctively realizes it has to do with this man. Will she be able to find a way to stop time from rewinding and move forward again? 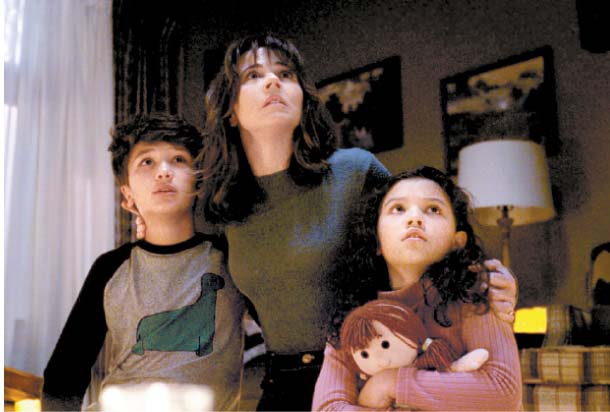 The sixth part of the Conjuring Universe has finally arrived. “The curse of La Llorona” is a Latin American folktale, where a mother drowns her two children to punish her cheating husband. The curse goes on to say that the mother, drowning in her own guilt and contempt for her conduct, roams around Earth as a ghost to find two children to replace her lost ones.

Meanwhile, a single mother named Anna who works for Child Protective Services finds two boys who are being mistreated by their mother, Patricia Alvarez. Anna separates the boys from their mother and puts them in another facility for the night, but they turn up dead at the break of dawn. Patricia blames their death entirely on Anna.

As revenge, Patricia, a dedicated believer of the supernatural, curses Anna’s two kids by summoning La Llorona. The mother ghost slowly creeps up on Anna’s family…

Anna is played by well-known actor Linda Cardellini who has appeared in numerous works, such as the “Scooby-Doo!” series (2002-2004), “Brokeback Mountain” (2005), and more recently, playing Laura Barton in “Avengers: Age of Ultron” (2015) and Dolores in “Green Book” (2018). The film is director Michael Chaves’ debut. He will also be directing “Conjuring 3,” which is expected to hit the theaters in 2020. James Wan, the director of the previous two “The Conjuring” films, was the producer for this work.

A workaholic accountant often finds herself being the last to exit the parking lot at her company. Sometimes the security guard engages in small talk, which she thinks nothing of.

One day, however, as she was going to her car, the lights in the parking lot go out and she suddenly passes out. She wakes up in a strange dress and is trapped in an unrecognizable place. Her stalker is behind the lenses of dozens of CCTV cameras watching her every move as she struggles desperately to get out alive.

The accountant is portrayed by Kang Ye-won while the stalker is played by Lee Hak-joo. 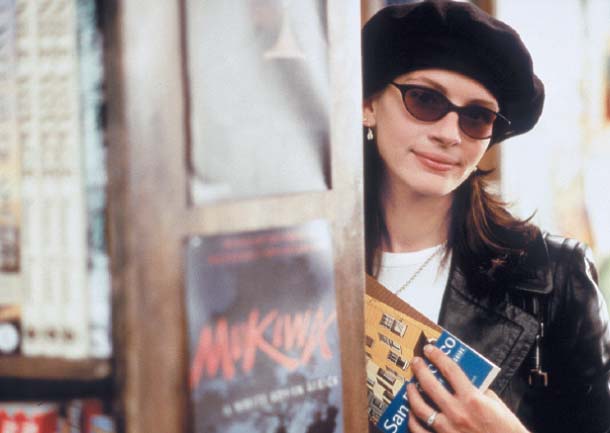 “… And don’t forget, I’m also just a girl, standing in front of a boy, asking him to love her.”

Those nostalgic for a classic love story are in luck, because “Notting Hill” is back in theaters starting today.

Starring big-time actors Julia Roberts and Hugh Grant, the unconventional love story between a famous Hollywood star and the owner of a small travel book shop in London is a favorite of many romantic comedy fans.

When two families have to deal with an affair, the adults start to act like children, while the kids step up and handle the situation like adults. The movie intricately weaves adults’ “childishness” from the children’s perspective, putting children’s maturity in comparison with lack of it from their parents.

The film is actor-turned-director Kim Yun-suk’s debut, with new actors Kim Hye-jun and Park Se-jin in the lead roles, and featuring well-known actors Yum Jung-ah, Kim Hee-won, Lee Hee-jun and Kim Yun-suk himself as “the adults.”

Dick Cheney is believed by many U.S. government scholars to be the most powerful vice president the nation ever had, and that it was his decisions that altered the fate of the world in ways that no one had been aware of.

“Vice” dives in to take a closer look at the moments that changed the course of world history.

Dick Cheney is played by Christian Bale, who is famous for the dramatic body transformations he undergoes to fit into each role. He is widely recognized for his role as Batman in Christopher Nolan’s superhero film series. 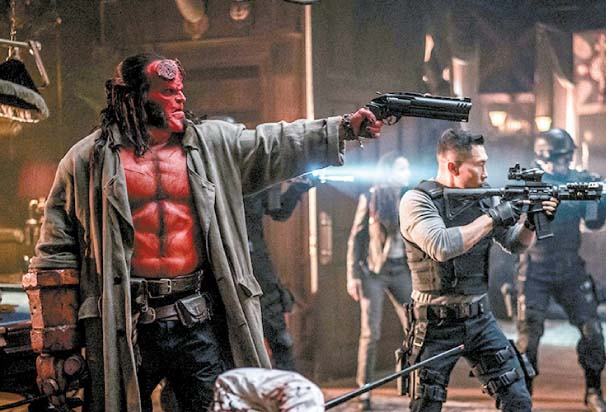 Based on the story from Dark Horse Comics, the legendary half-demon superhero Hellboy has to fight the Blood Queen, an ancient sorceress whose body has been resurrected by villainous supernaturals. The plot is a combination of three episodes from the comics “Darkness Calls,” “The Wild Hunt,” and “The Storm and the Fury.”

Hellboy is played by actor David Harbour, who is well known for his role as Chief Jim Hopper in popular Netflix drama series “Stranger Things.” The villainess is played by actor Milla Jovovich, who is popular for her role as Alice in the “Resident Evil” film series based on the Capcom survival horror video game series.

The director for this reboot, Neil Marshall, is well notable for having directed two episodes of popular U.S. TV series “Game of Thrones,” in 2012 and 2014, and have also received recognition through his horror film “The Descent” (2005). 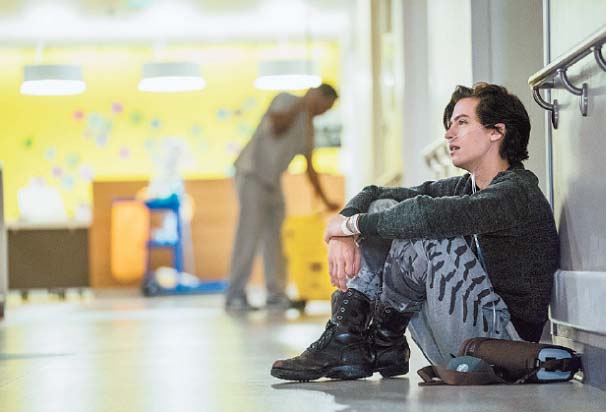 “Human touch […] We need that touch from the one we love almost as much as we need air to breathe. I never understood that until I couldn’t have it.”

Stella Grant is a cystic fibrosis (CF) patient who lives a life behind hospital doors because of her ongoing treatment. Although she is constantly undergoing surgery and has to rely on machines in order to breathe, she remains hopeful and sticks to the rules provided to her by the hospital. The only way that she can have a normal life is through the video diaries she posts on social media in order to share her thoughts and feelings. CF patients are required to be at least 6 feet away from one another to avoid infection. Stella follows that rule until she meets Will Newman, another CF patient on a medication trial. Despite Will making a poor first impression, the two eventually become close. After Will comes into her life, Stella decides that she won’t let her treatment stand in the way of actually living her life and takes a step closer to him - standing five feet away, instead of six.