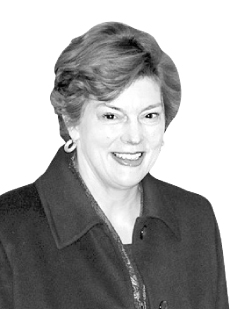 Ambassadors spend most of their time in the capital city of the country to which they are accredited. They may see the value in getting out of the capital, but carving out time to get away from the press of official business is difficult. Traveling in your own home country is even less likely. You’ve probably met your ambassadorial counterpart serving in the capital of your own home nation, but you live and work thousands of miles apart and are unlikely to know each other well.

In the case of American and Korean ambassadors, though, it’s different. That’s because, since 1992, successive pairs of serving American envoys in Seoul and their Korean counterparts in Washington have joined together for “Ambassadors’ Dialogues,” traveling together across the United States to talk about the U.S.-Korea relationship.

The program is put together by the Korea Economic Institute of America (KEI), the organization I now head. It started not because either ambassador had too much spare time but because of the recognition that expanding American understanding of the relationship to “outside the Beltway” was essential to maintaining and growing it. So ambassadors began traveling together, initially in response to the terrible violence in Los Angeles in 1992 that frayed inter-community relations. Since then, it has expanded to be an ever-broader dialogue on trade, globalization, visas, North Korea issues and anything else of interest to local communities.

It is only the South Korean and American ambassadors who regularly travel together in such a program. The commitment to doing this, even when there are cleavages on particular policy issues, is something my diplomat colleagues elsewhere envy.

I participated in the Ambassadors’ Dialogue while ambassador to Seoul a decade ago. Last month I got to go again, this time wearing my KEI hat. Together with Ambassador Cho Yoon-je, Ambassador Harry Harris and their wives, we hopscotched across the American continent, from rural Georgia to booming Atlanta to the heart of Texas in Austin to a Bay Area trifecta of San Jose, Berkeley and San Francisco, California, to Denver and Aurora, Colorado. The program featured public speaking events, media engagements, KIA and Samsung factory visits and Korean War commemorative events honoring war veterans. We met with the governor of Texas, the mayor of Denver, and the U.S. Senator from Colorado, along with two other former U.S. Ambassadors to Korea, James Laney and Christopher Hill.

Ambassadors Cho and Harris shared their impressions through social media; Ambassador Cho is a Facebook aficionado and Ambassador Harris a Twitter star. They posted vivid narratives and photos including some fine-looking bass fish caught in West Point Lake, Georgia, the stunning Korean War Memorial looking out at San Francisco’s Golden Gate Bridge and the last dinner (and only Korean meal of the entire week) in Aurora, Colorado, with Korean War veterans.

Returning to Washington, I started thinking about the trips I took with Han Duk-soo, the ambassador to the United States at the time, about what has and hasn’t changed in a decade. One thing continues to strike me: Across the United States, knowledge of and interest in Korea have grown significantly. The heightened tensions over the last couple of years over North Korea is certainly one reason, but so is the way now multi-generational Korean-American communities — and K-pop — have taken root in every corner of the U.S. The Visa Waiver Program and the WEST internship program, both new 10 years ago, are well-established and have strengthened people-to-people ties.

Still, in most local communities, the focus is on economic issues. In 2009, when Ambassador Han and I traveled together, the prospects for ratifying Korus FTA were still uncertain. This time, we saw the impact of large and ever-growing Korean investments of the past decade, much of it concentrated in the South. We found Koreans and Americans alike optimistic about continued economic cooperation, though worried about the uncertainties surrounding Nafta’s future, the implications for U.S.-China trade tensions for the global supply chain, and political polarization in both countries.

I realized that even as we approach the 70th anniversary of June 25 — the start of the Korean War — and the Korean War veterans still with us are mostly in their 90s, it remains a deeply-felt shared history in communities across the United States. Honoring the veterans, which both ambassadors did with eloquence and sincerity, while talking about our commitment to working together for a permanent peace and reconciliation on a denuclearized Korean Peninsula, is a message with resonance across America’s generational and political divides.

Traveling together creates time for conversations and for shared experiences. As we drove through the Texas countryside, blossoming with the state flower bluebonnet, on our way to the Samsung semi-conductor plant, Bruni Bradley, Ambassador Harris’ wife, told me of her plan to join with Seoul citizens to renew the vegetable and flower garden plot at the official residence. She graciously credited me with planting a garden with nearby schoolchildren 10 years ago. I was surprised anyone would remember a garden planted so long ago, and delighted to hear the new plan.

Mrs. Bradley’s project, and in a broader sense the Ambassadors’ Dialogue, are in the spirit of one of America’s great statesmen, former Secretary of State George Shultz. Secretary Shultz led U.S. diplomacy during the ’80s, a period of enormous tumult and transformation. But both then, and years later at Stanford University, where he remains active, he most often compared diplomacy to gardening, saying, “I appreciate how important it is to see people on their own turf, where they feel at home and where you meet the people with whom they work. I call this kind of work gardening, and it is one of the most underrated aspects of diplomacy. The way to keep weeds from overwhelming you is to deal with them constantly and in their early stages.”

There’s never a shortage of weeds, and of new seeds to be nurtured, so may the gardening continue, in future Ambassadors’ Dialogues and in Jeong-dong, central Seoul.