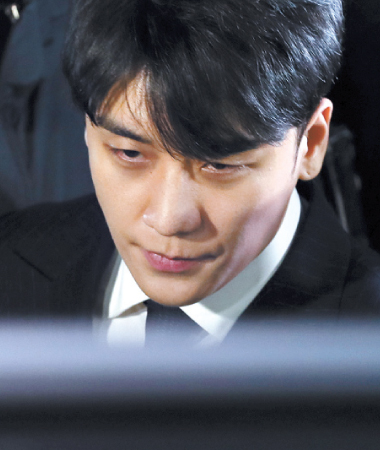 Seventeen women with ties to disgraced former singer Seungri were charged with prostitution on Thursday.

On Thursday, the Seoul District Police Agency announced that they had booked 17 women related to prostitution after an investigation. The group included both prostitutes and pimps.

“Most of them admitted to their prostitution charges,” the police said.

All the women were found to have connections to Seungri, the former member of boy band Big Bang, whose real name is Lee Seung-hyun. He is currently under suspicion of having solicited sex for his investors.

Although the investigation was initially focused on the case of Seungri having allegedly provided prostitution in December 2015, investigations have also revealed the possibility of two additional occasions: once in 2015 for Japanese investors and once in December 2017 in the Philippines.

Seungri and his business partner, surnamed Yu, were summoned for questioning on Tuesday.

According to a report made by the Chosun Ilbo on Thursday, Yu admitted to having provided prostitution for Japanese investors in 2015. That was the first time that anyone admitted to prostitution since the investigation began in February.

Seungri has maintained the same position from the beginning of the investigation, saying that no prostitution ever happened. He claims the payment of 30 million won ($25,810) to cover accommodations at a hotel for foreign investors from Japan was made by a corporate card under the name of YG Entertainment - Seungri’s former entertainment agency.

Seungri admitted to having made the payment, but “had no idea prostitution took place,” according to the police.

Based on a KakaoTalk group chat conversation that took place between the singer, Yu and other celebrities, it is highly unlikely for Seungri to have not known what was going on. He reportedly “doesn’t remember” the KakaoTalk chat, the police said.

The police will be requesting an arrest warrant for soliciting sex service to the court in the coming days.