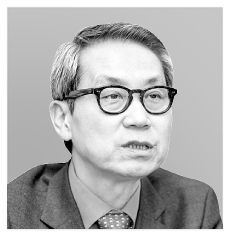 Lee Geun-myeon
The author is a former minister of personnel management.

It is a blessing for the country to have a successful president. In the course of governing and managing the country, personnel decisions are most important. Success and failure depend on accurately judging what a candidate is capable of. In the recent confirmation hearings for high-level officials, a number of aggregated problems blew up at once. The opposition’s fierce resistance not only caused political deadlock but also amplified social discord and controversy. It was revealed that the function and system of promotion had reached its limit. People grew distrustful of the candidates, whose moral flaws were exposed. The social cost and capital of trust were seriously damaged.

Confirmation hearings began as a way of verifying the competence and suitability of candidates through social consensus on the president’s right to appoint high-level officials. But having had the system for over 20 years, many believe that improvements to supplement its problems are necessary.

Hearings so far focused more on moral debates rather than on expertise and competence. The moral standards and the seven personnel principles should be refined meticulously. Which ethical standards to raise or lower need to be precisely defined and citizens’ understanding should be sought.

The system should be improved to add accuracy to the controversial recommendation and verification process. It needs to be assured that the president’s execution of duties is not effected by the repeated occurrence of similar issues. Whether the failure of verification is due to a systematic flaw, procedural mistake or poor assistance from aides needs to be investigated.

Furthermore, the confirmation hearing system needs fundamental improvement. The system was first introduced in 2000 during the Kim Dae-jung administration, but there have been many controversies. It needs to be revamped. How about discussing competency, expertise and plans in a public hearing and addressing ethics and allegations in a closed hearing? 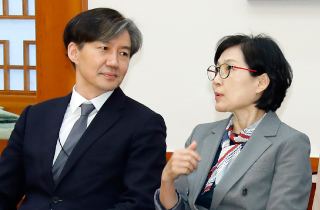 Of course, if there were violations or conflicts of interest while serving a public duty, it must not be tolerated. For example, real estate speculation by the land and transportation minister, plagiarism by the science and education minister, military service dodging by the defense minister — these are indisputable flaws.

Even the slightest violation would be a major flaw for officials dealing with the law. It would hurt the national social asset of legal trust. Unless acquitted, even an offense that was pardoned should be strictly scrutinized if it violates current laws. Moral standards need to be defined strictly and clearly. But for other controversial moral values of the time, candidates need to make efforts to ask for people’s understanding.

On the standard of tolerable ethical standards, the average ethics of the National Assembly members elected by the people can be used as a reference. It is the duty of the ruling and opposition party to agree on the reasonable improvement of the system. The person with the appointing power should also explain the principles of selecting “players for the national squad” by incorporating the National Assembly and people’s perspective. Efforts to seek political agreement and people’s understanding are needed.

Are appointments made with the heart or the brain? Everyone needs to think about it. In the end, people want competent high-level officials. People hope for an improved quality of life, greater happiness, national development and enhanced status in the future.

The nation must not neglect the duty of striving for the citizens of the future. We need to dream of the Republic of Korea tomorrow for the young people. We need true social efforts to enhance national sovereignty. We want to have a successful president.