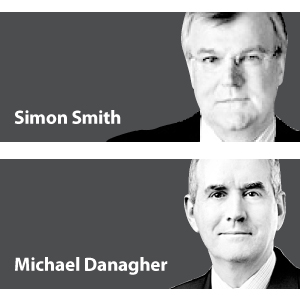 Every year, May 3 is World Press Freedom Day. Since it was first proclaimed by the UN General Assembly in 1993, World Press Freedom Day has served as an occasion to reflect on the state of press freedom worldwide, to defend the media from attacks on their independence and to pay tribute to journalists who have lost their lives in the exercise of their profession. This year, as we mark the 26th year since its inception, this seems more important than perhaps at any time before.

Media freedom is under attack across the world. 2018 was the worst year on record for violence and abuse against journalists. Across the globe at least 80 journalists were killed, with a further 348 imprisoned and 60 held hostage — according to figures from Reporters Without Borders (RSF).

Recent years have also seen an increase in hostility and criticism towards journalists. Freedom of the media — and freedom of expression more broadly — are essential qualities of an effective democracy. So it has been especially worrying to see a tendency growing among some democratically elected leaders systematically to denigrate the press, or to characterise news media as adversaries. This is how healthy democracies, and informed electorates, are undermined. If we want a future with the freedom to discuss and debate issues openly, to challenge governments and those who wield power, to put wrongdoing and corruption in the spotlight, it’s essential we join in robust defence of strong and independent media.

And yet, a growing number of countries are increasingly using restrictive laws to stifle freedom of expression, and prevent the functioning of an independent media. A recent Unesco poll, taken in 131 countries, suggested that across most regions there was a general perception of declining media freedom, leading in turn to declining levels of public trust in the news being reported. And a decline in public trust in traditional news media offers all too attractive an opportunity for the harmful proliferation of disinformation and “fake news,”

It’s against this background of concern for the future of free media that the British government has announced that it will co-host, along with Canada, the first-ever ministerial-level media freedom conference on July 10 to 11 in London. We are calling on like-minded countries to come together to show strong support for media freedoms, and identify actions they can take to defend and consolidate them. We very much hope the Government of the Republic of Korea will join us in playing an active part in this. Whilst South Korea today has a vibrant and diverse media sector, it is also a country that has seen first-hand the debilitating effects of press censorship. As we mark 100 years since the launch of the 1st March Korean Independence Movement, we remember the contribution of early journalistic pioneers such as Ernest Bethell and his colleagues in the Daehan Maeil Shinbo, and the Scots-Canadian wartime correspondent who first reported the Jeamri massacre Frederick McKenzie, who were so influential in speaking truth to power and helping to nurture the spirit of Korean independence.

We should also however remember that it was not until the 1980s that the Korean media landscape began to emerge from under a legacy of authoritarianism, political control and explicit censorship. The very fact then of South Korea’s transformative journey over the last few decades, both democratically and economically, makes it a natural partner in our efforts to defend fundamental democratic freedoms.

We must all defend a free media, and this year on World Press Freedom Day we resolve to step up our collective efforts; going further than ever before to make sure that journalists are protected, and a free media nurtured.