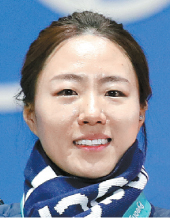 In a press release, Lee, 30, said she will have a formal retirement ceremony in Seoul next Thursday.

Lee will go down as one of Korea’s greatest winter sport athletes and also among the very best speed skaters of her generation.

Lee won the gold medal in the women’s 500 meters at the 2010 Vancouver Winter Olympics and repeated as the Olympic champion four years later in Sochi, Russia.

Her Japanese rival, Nao Kodaira, started beating Lee with regularity at international events, leading to whispers that Lee was finished as a top-level skater.

Lee bounced back in time to take the silver medal behind Kodaira at PyeongChang 2018, a gutsy performance that silenced naysayers but also signaled the nearing end.

Lee hasn’t competed since the end of the Olympics and finally ended speculation about her future in the world of elite skating by calling it quits Friday.