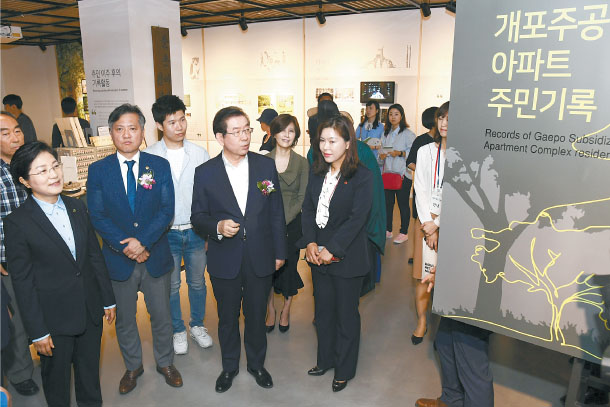 Seoul Mayor Park Won-soon, second from right, on Wednesday tours the Seoul Metropolitan Archives on its opening day at Seoul Innovation Park in northern Seoul. The Seoul Metropolitan Archives is a five-floor building used to preserve records on Seoul city government policies and their results, maps of the city showing urban development over the years, photographs of events in the city, as well as physical items from public movements in the city such as handwritten letters and notes to victims of the Sewol ferry disaster left at the altar at Seoul Plaza. [SEOUL METROPOLITAN GOVERNMENT]