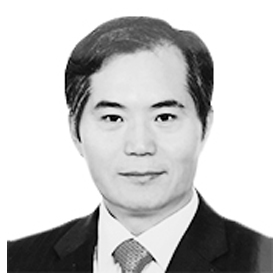 Mok Young-man
The author is a guest professor at Konkuk University.

President Moon Jae-in has entered the third year of his five-year term. But the government still neglects administrative reforms. Public-sector reform is one of the first tasks that new governments started to tackle in the past. The tradition helped keep in check the outsized growth of government and public or semi-public enterprises.

Such moves were carried out by both liberal and conservative governments over the last two decades under Presidents Kim Dae-jung, Roh Moo-hyun, Lee Myung-bak and Park Geun-hye. Administration reform is a persistent challenge for governments around the world. The United States, Britain and other states have repeatedly undergone administrative reforms.

The public sector tends to swell if it is not kept in check. If it is not contained in the early stage of a new government, its disproportionate growth causes inefficiency and unnecessary cost. Inefficacy in state governance inevitably raises the tax burden. It is therefore an essential task for governments to address the problem.

Public-sector reform has hardly been mentioned under the Moon administration. Rationalization starts with streamlining public organizations.
The public expects speedy and efficient public services, yet the Moon Jae-in administration has made no effort to restructure or reorganize the public sector to seek a balance between the public and private sectors.

The government has only become bigger through increased hiring as a means to bolster job numbers. The public sector has expanded while administrative reforms have disappeared. The government has stretched its influence into the corporate sector, undermining the free market. 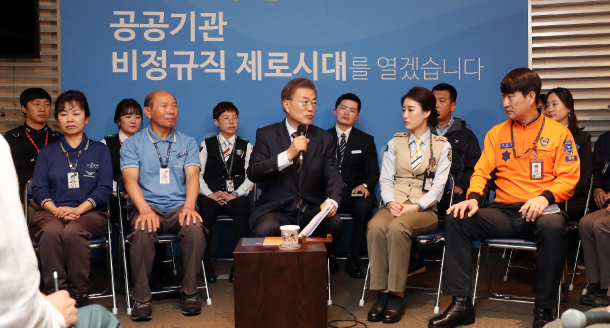 On a visit to Incheon International Airport Corporation just two days after his election on May 10, 2017, President Moon Jae-in vows to eliminate contract jobs in the public sector. [JOINT PRESS CORPS]

The government gets involved in market activities as if it is on a mission to enforce justice on the market because it has a deep-rooted distrust of free market forces. Governments around the world are doing the opposite — restructuring and curtailing the public role to allow more freedom in the market. Only the Korean government is going against global trends.

We must return to a society of common sense and basics. The state cannot solve everything. It must keep its influence to a minimum. It must stay away from areas it cannot help, or where it will do more harm than good. The government will face backlash if it further neglects administrative reform.