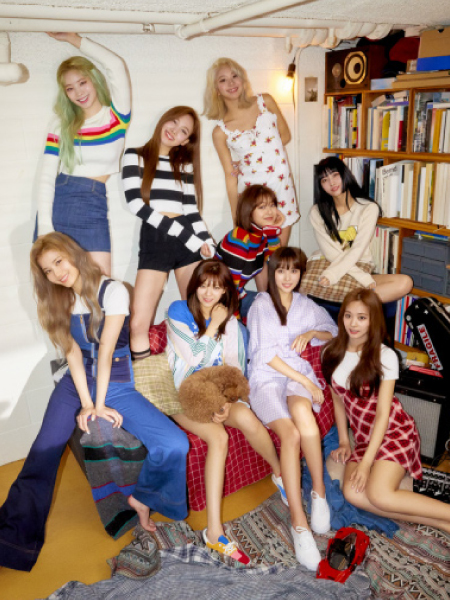 According to JYP Entertainment on Wednesday, the music video for “Fancy” hit 100 million views at 5:45 p.m. on Tuesday.

The song, the lead track off of their latest EP “Fancy You” was released on April 22 and accumulated 42 million views within the first 24 hours of its release.

“All 11 of Twice’s lead singles have been seen over 100 million times, including the group’s debut song, proving its power as Asia’s biggest girl group,” the agency said.

Their Japanese track, “Candy Pop,” also passed the 100-million-view mark on April 30, becoming the second Japanese song by a K-pop group in Japan to achieve such a record on YouTube.

Twice will begin its world tour this weekend, with two concerts on Saturday and Sunday at the KSPO Dome in southern Seoul.