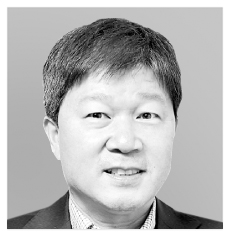 “Don’t Buy This Jacket” is a marketing campaign that has made Patagonia a global brand. The U.S. outdoor outfitter placed a full-page ad in The New York Times on Nov. 25, 2011, carrying its fleece jacket with an anti-shopping advisory note to Black Friday shoppers. The ad copy went into detail as to why the jacket should not be purchased. “The environmental cost of everything we make is astonishing. The R2 Jacket in the ad requires 135 liters of water, enough to fill three glasses a day for 45 people. Its journey from its origin to the company’s Reno warehouse generates nearly 20 pounds of carbon dioxide, 24 times the weight of the finished product. The jacket left behind, on its way to Reno, two-thirds its weight in waste.” The brazen mea culpa heightened the appeal and drew consumers across the world.

SK Group under the leadership of Chairman Chey Tae-won must benchmark Patagonia in its social value-driven management initiative and identity. The group went public with its social value assessment on its three mainstay companies SK Innovation, SK Telecom and SK Hynix. SK Innovation is estimated to have caused 1.43 trillion won ($1.2 billion) worth of damage to social value through the carbon gas emissions from its petrochemical factories. Some on the board complained of highlighting emissions when they are an inevitable output of generating energy. Yet Chey did not exclude the energy company in the social responsibility assessment. The social value management initiative measures the positive social impact through environmental and employment contributions, contrasting the conventional bottom line on fiscal performance.

Chey expects the campaign to help business. The so-called Chey formula measuring social value contributions by companies and business divisions based on 1,000 factors would be reflected in performance review on individual companies and executives and counted more than their business achievements. A CEO generating solid profits may be unable to keep to their seat if they do not uphold social responsibilities.

Social value management has gotten broader attention from the public. The “Social Value Connect 2019” event sponsored by SK drew attendants double the estimated 2,000. Over 80 companies and institutions exhibited and shared their visions of adding social value. It could have been better if director Bong Joon-ho, with the nickname of “Detail Bong” — freshly arriving from the Cannes Film Festival with Korea’s first Palme d’Or for his latest movie “Parasite”— had detailed during the event how the highest honor was achievable while keeping to the 52-hour workweek and the three-meal-a-day rule at the filmmaking site.

Why the country’s third largest conglomerate has become so passionate about social values raises questions. It could be a clever marketing strategy during a time of fierce competition and subdued consumption. 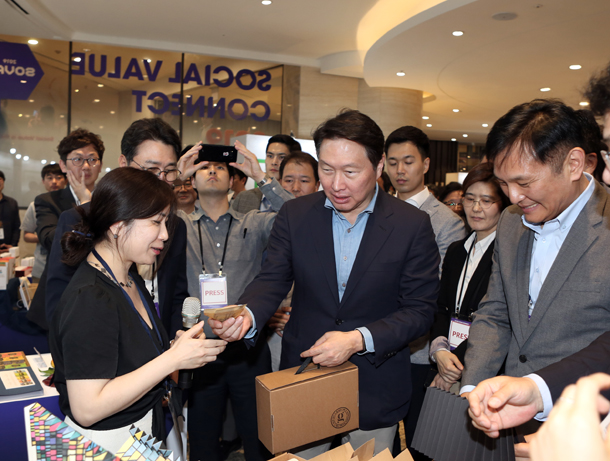 It is hard to decipher the genuineness behind many of the corporate social responsibility efforts. SK cited German company BASF, whose Value-to-Society mandate has helped balance its profit-seeking and social impact.

The sharing economy is the best area where companies seek both business and social value. But ride-hailing services cannot take off in Korea due to regulatory bottlenecks and mainstream opposition.

How Chey’s social value initiative and the detailed style of Bong can work in an environment so unfriendly to innovation has are yet to be seen.