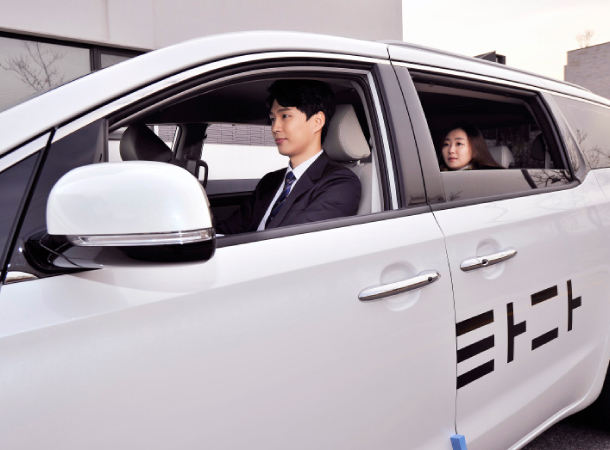 LEE DONG-HYEON
The author is a deputy industrial 1 team editor of the JoongAng Ilbo.

My father is not good at driving. He got his license a long time ago, but he used public transportation while he was working. He’s been driving for 15 years since retiring, but his skills haven’t improved. When he drives his children, he should be ready to be nagged. He frowns but doesn’t complain much.

He started driving because of my mother. Her vision worsened a few years ago, and she was classified as disabled. So he has to drive when he wants to go somewhere with my mother. It is hard for her to climb stairs in the subway station or get on the bus. Whenever my father drives his car to my place, I am anxious until he arrives. My wife suggested they take a taxi.

I downloaded the Tada app on his phone. I wanted him to use Tada Assist, a service for elderly over 65 and the disabled, but there are not many cars. When I called a car from Eunpyeong District in northern Seoul, a car in Sanggye-dong in Nowon District was called. It would have taken 45 minutes for the car to arrive, so I didn’t use it.

Recently, my father and mother called Tada Assist while traveling to another city and gave up for the same reason. So they called Tada Basic, and they were quite satisfied. They said the ride was comfortable, but it was a bit expensive.

The sharing economy should enhance efficiency by sharing unused resources. Tada is at the center of controversy because it does not utilize unused resources. It is a short-term rental of drivers and vans. It is a friendly and provides comfortable “taxi-like” cars or a more expensive taxi that does not refuse customers. There’s enough debate on social media. Korea is already behind in ride-hailing services, even compared to Southeast Asia. The priority is to shake the field by reducing the number of taxis or creating fair competition.