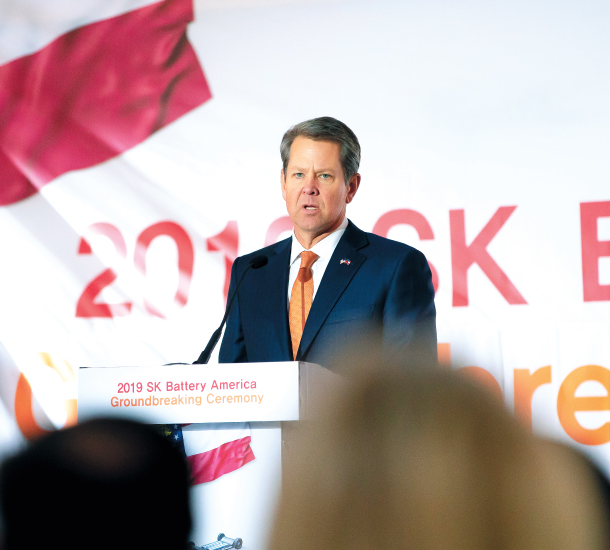 Georgia, which was selected as America’s top state for business for six consecutive years by television network CNBC, is quickly growing into the manufacturing mecca in the southeastern United States. Leading companies such as Lockheed Martin of the United States and Tata Group of India have chosen Georgia as a growing base. 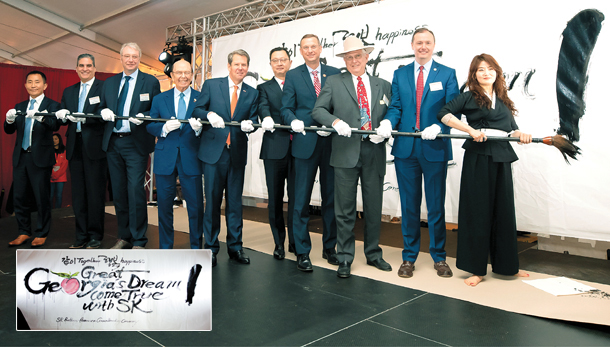 Global automakers such as Volkswagen, BMW, Daimler, Volvo, Hyundai and Kia Motors have also settled in Georgia due to its pro-business environment. Considering the growing electric car market, the potential for Georgia-based manufacturing growth will further increase.

According to the Georgia Department of Economic Development, Kia Motors has employed nearly 14,000 people in Georgia since its construction of car factories in West Point in 2006. 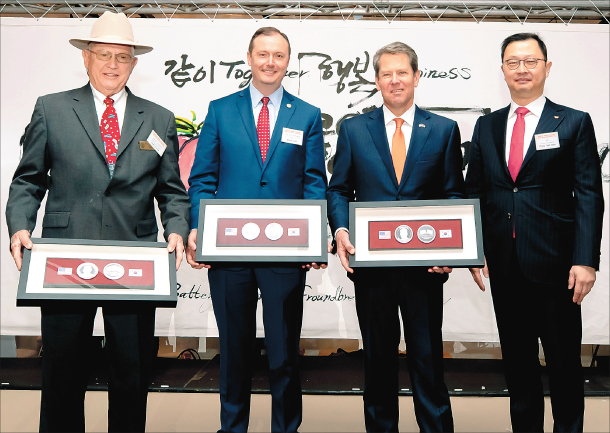 In March, a groundbreaking ceremony was held for SK Innovation’s battery plant for electric cars in Georgia. It was one of the largest economic development deals in the state’s history, with a total investment of $1.67 billion, and will create 2,000 jobs. Many global companies, including those in Korea, speak with one voice that Georgia is “a perfect place to run a business.”

The company appreciates Georgia for its exceptional support. Georgia provided SK Innovation a 1.2 million-square-meter (296-acre) factory site virtually for free. Georgia will rent the company factory site for 20 years for free and will offer it at an affordable price later. SK Innovation was also offered a tax break corresponding to its various infrastructure construction and investment.

In addition, the enthusiastic attitude of Georgia’s public officials played a key role in the process of the final site selection. Although many states courted SK Innovation for factory site construction, Georgia showed the most aggressive attitude. The officials in Georgia succeeded in receiving approval for the final proposal of negotiation from the governor in an hour, despite it being early in the morning.

The pro-business environment in Georgia played a huge role in deal with SK Innovation. Georgia proposed a Quick Start program for the issue of procurement, which was an instable investment factor. The Quick Start Program would recruit talent and provide them free vocational training, helping SK Innovation find skilled workers for its factories.

It is expected that economic cooperation between Georgia and Korea will be strengthened by its pro-business policy. Georgia has a high level of familiarity with Korea in the field of economic trade. According to data released by the Georgia Department of Economic Development, Korea is the ninth-largest purchaser of Georgia’s exports and the country is the fifth-largest importer of goods to Georgia.

The infrastructure for bilateral trade is well established. The Georgia Port Authority, located in Savannah, is connected to Korean trade ports and sea routes. Savannah Port is connected to Busan Port and ships leaving Brunswick Port come and go to the ports of Incheon, Masan, Pyeongtaek and Gunsan in Korea.

“Our state has received over $2 billion of investment from Korean companies in just the last 12 months,” said Govenor Kemp at a news conference on June 12. “These businesses chose Georgia because of our unmatched workforce, our top-notch business climate and our culture of being a welcome and eager partner to create jobs, spur investment and be a great place to do business.”

Thanks to Georgia’s prosperous industrial policy, enthusiastic attitude of public officials and pro-business environment, the number of Korean companies that are planning to construct overseas production bases in the state is increasing.

Governor Kemp’s visit to Korea demonstrates how bilateral relations have become the representative example of Korea-United States economic cooperation. It is expected to become a bridge that establishes a greater relationship with Korean companies that are looking to invest in Georgia in the future.