Choi Young-mi, poet and (now) businesswoman: After igniting the Me Too movement in the literary world, the writer returns

Choi Young-mi, poet and (now) businesswoman: After igniting the Me Too movement in the literary world, the writer returns 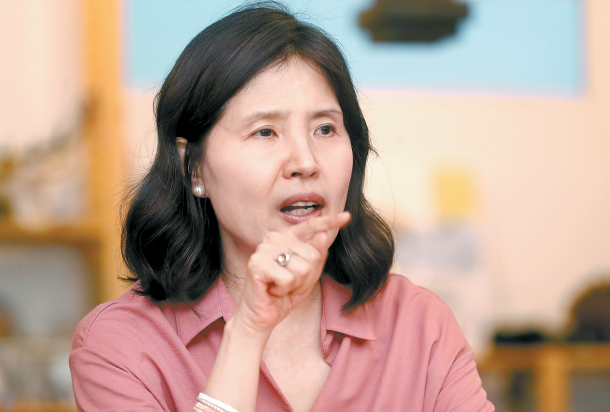 Choi Young-mi discusses her new poetry collection “The Things That Do Not Return” (translated) at a press briefing on Tuesday in western Seoul. The 57-year-old poet is credited for sparking the Me Too movement in Korea’s literary world by sharing that she had been sexually harassed by veteran poet Ko Un. [YONHAP]

It’s been a year and a half since Choi Young-mi published the poem “Monster” in quarterly magazine “Hwanghae Munhwa” and accused Ko Un - once Korea’s best hope for a Nobel Prize in Literature - of being a “sneaky old man” who sexually harassed her and other young female poets.

A lot has happened since Choi, 57, ignited the Me Too movement in Korea’s literary world. Once textbook staples, Ko’s poems have fallen out of favor with Korean educators and readers alike as revelations of Ko’s problematic actions surfaced one after the other. Ko, for his part, has staunchly stood by his pledge of innocence and filed a defamation lawsuit against Choi and other detractors that remains unresolved to this day. The Seoul Central District Court had ruled February that Choi’s testimony was credible and she wasn’t obligated to pay for damages, but Ko has since taken the case to the appeals court.

All that drama didn’t stop Choi from continuing to write poetry.

Choi released “The Things That Do Not Return” (translated) - her newest poetry collection and first publication since the Me Too revelation - on Wednesday. The book contains around 50 poems, with most discussing mundane topics like her dating life and caring for her senile mother. Several though, including “Monster,” relate to her encounters with Ko and their current legal dispute. 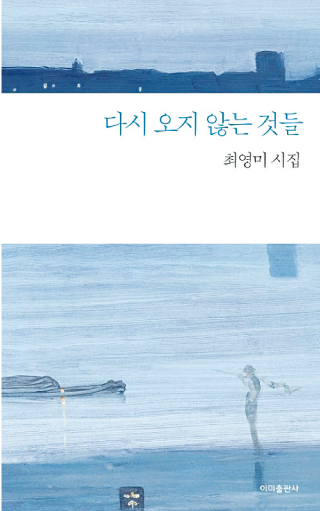 “I have a lot of things to say, but I can’t say everything because I’m in the middle of a trial. I hope that you won’t ask about the precise details of the legal issues.”

Ahead of a press briefing on Tuesday at a cafe near Hongdae, western Seoul, Choi was clear about wanting the event to be focused on her works, not on the bitter legal battle that’s been in the media spotlight for the past couple of months. Throughout the entire event, Choi didn’t mention Ko’s name once, referring to him as the “older poet.”

Yet just a few minutes into the briefing, it was obvious that the trials had become a huge part of Choi’s life, not only in influencing the subject matter of her poems but shaping her relationship with publishing houses and other aspects of her career.

Imi Books, the publishing house for “The Things That Do Not Return,” for example, is a company that Choi established herself this past April after she faced difficulties getting other publishers to work with her.

“I reached out to a publisher to propose my newest collection but they didn’t give me an answer for a long time. I realized that the company was too close to the older poet. Korean publishers were wary of me.”

The process of establishing Imi Books - Choi’s first business venture - came with its many challenges. The poet revealed that she had to change distributors three times and that all her “poet’s blood was replaced by a businessman’s.

“Actually I felt like giving up after creating Imi Books,” Choi admitted. “But one of my lawyers recommended that it was a good idea because the publishing company could keep my mind off the trials. I was thinking of them all the time.”

The trials also had a hand in shaping the book’s title.

“The title I originally had in mind was ‘The Palm That Hit the Wall in Vain’ (translated), which is based on a poem about my dating experience. But others told me that the name might jinx me and lead to my works being made ‘in vain,’ so we just changed it to something less provocative.”

But as it turns out, many of Choi’s major life events have occurred by happenstance, including the publication of “Monster.”

“In September 2017, ‘Hwanghae Munhwa’ asked me to write three separate poems on gender issues by the end of October for their magazine. In early October, the Me Too movement broke out in Hollywood, and I thought it was time for me to talk about my story.”

It actually took two months before people began giving any attention to “Monster,” or made the connection between Ko and the character “En,” described as a serial harasser in the poem.

Choi’s revelation only came to the spotlight in February when she appeared on JTBC’s “Newsroom,” the same show where prosecutor Seo Ji-hyun had officially ignited the Me Too movement in Korea by coming forward with her testimony of being sexually harassed by a former Justice Ministry official.

But according to Choi, she’s been dropping hints of experiencing harassment since as early as the 1990s through her literary works.

The earliest example dates back to 1993, in a poem that Choi wrote when she was asked to express her thoughts on joining the predecessor of the Writers’ Association of Korea for its newsletter at the start of her career.

Now titled “Thoughts on Debut” (translated), the poem, also included in her new book, includes statements that suggest Choi was treated badly by her peers in the industry at the time, who were predominantly male.

“Have I really become a female poet/ In front of the people who become dogs when they take alcohol/ I become their food, a flower…” it reads.

“When I walk in front I would be touched from behind and verbal harassment was common. I was really shocked at first, but I got used to it later on,” she said. “I don’t regret writing ‘Monster,’ and I’m sorry I didn’t write it earlier.”