Stop with the steroids

Stop with the steroids 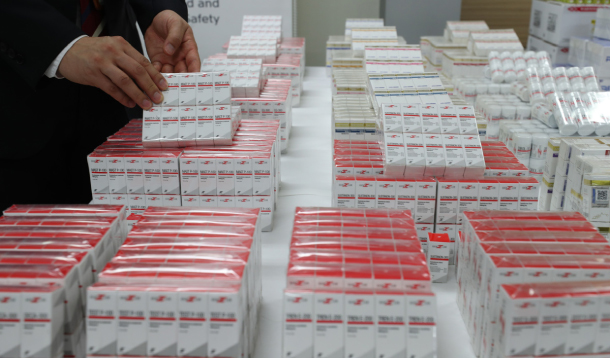 The Seoul branch of the Ministry of Food and Drug Safety displays anabolic steroid products impounded from smugglers in April. [YONHAP]

LEE ESTHER
The author is a welfare team reporter of the JoongAng Ilbo.

“Experience the difference between the day you take the pill and the day you don’t.” The phrase from a vitamin ad campaign takes on a completely different meaning among professional baseball fans. It is used to mock a player with a history of banned drug usage, such as steroids.

Home runs by such players are called “drug runs.” Fans are so harsh on players who use banned drugs because they are punished lightly even when they are caught using illegal substances.

Players generally get suspended for somewhere between 10 and 30 games. For professional baseball players who play 144 games a year, that punishment is not significant. It does not stop them getting a high salary or becoming an MVP.

Baseball insiders defend them, saying that they regret their mistakes. These days, I almost think those who don’t use drugs are foolish. The ineffective consequences for drug users send the wrong message.

One of the most commonly used banned drugs among players are anabolic steroids. They explosively build muscles over a short period of time and enhance strength. Players feel less tired and recover quickly. Steroids effectively enhance performance, but are banned due to the serious side effects.

Steroids lead to depression and infertility and can cause high blood pressure and heart conditions that can lead to an unexpected death. The biggest adverse effect is that illegal drugs incapacitate fair competition of sports.

Recently, a youth baseball school run by a former professional baseball player allegedly had young athletes take steroid illegally, and the Ministry of Food and Drug Safety is investigating the case. Some players tested positive for steroids.

The ministry has received many similar reports — 25 young athletes have been caught in doping tests in the last five years. It is pitiful that the poisonous culture of using performance enhancing drugs and not caring about the consequences has spread among young players.

What people want to see is not just a grand slam or a shutout. People love sports because of miracles like an amateur player becoming a professional or an unrecognized player growing to become a clean-up hitter.

We want to have the hope that we can succeed with talent and effort. I don’t want to see any more illegalities tainting the game, which seems to be a miniature of our life.