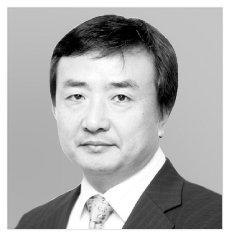 Kim Jin-kook
The author is an editorial writer of the JoongAng Ilbo.

Some compare politics to a living organism. Maybe they’re right. After weeks of deadlock, the National Assembly is normalized. Although there are still unresolved issues, politicians appear to have found the political ability to save the situation — just four days after an agreement to normalize the legislature’s operations was broken. There are, of course, complaints about the agreement. Not only the minor opposition Justice Party, but also the main opposition and ruling parties have complaints. I also have some complaints. But politics are supposed to unite different opinions.

Many showed concerns that politics have disappeared in Korea. Once both ruling and opposition parties made their own demands, they rarely tried to compromise. Although they promote communication and engagement, there was no dialogue. They sat down for talks because they were pressured by public opinion, but they just went their own ways after the talks.

The system of a democracy is far more sophisticated than how authoritarian governments worked. But sometimes it backfires as politicians are only relying on the system and reluctant to have dialogue, not to mention the need for compromise and concessions. An opportunity to become an equal partner often turns into a hostile relationship over morality issues. The ruling and opposition parties are criticizing each other as an “offspring of a dictator” or a “pro-North Korea administration.”

The development of social media has opened the possibility of a direct democracy. But it actually hinders constructive competition and dialogue with political parties. Instead of working on an issue inside the National Assembly through talks and compromises, politicians are now bent on propaganda warfare to lure supporters. That is populism. Due to the characteristics of social media, they resort to sensational language. That is why the United States and Europe express concerns about democracy in crisis.

The latest agreement between the ruling and opposition parties deserves praise. Although members of the two major parties maintain harsh attitudes, Rep. Lee In-young, floor leader of the Democratic Party, and Rep. Na Kyung-won, his counterpart in the Liberty Korea Party, both managed to kick off dialogue by praising each other. When an agreement was jeopardized, they did not blame each other; they tried to support each other.

Actually, the lack of political skills is not the responsibility of the politicians of our time. In the past, money and physical force — both undemocratic — were part of our politics. An illegitimate administration often monopolizes money and power before sometimes sharing them with opposition parties. That was called “politics” in the past.

Elections were not transparent either. It is only recently that we have trust in a fair election. In the past, a ruling party distorted the election system to serve its own benefits. In 1978, during the Park Chung Hee regime, the 10th general election was held. At the time, the ruling party won 31.7 percent of the votes — lower than 32.4 percent for the opposition New Democratic Party. And yet, the ruling party could have 145 seats, 2.4 times higher than the 61 seats of the New Democratic Party.

Opposition parties — which did not have the advantage of the system, money and power at the time — could hardly resist within the legal boundaries. They had to leave the legislature to stage hunger strikes to directly appeal to the public. And yet, the ruling party played dirty by changing meeting venues without notifying opposition lawmakers and ramming through bills without even counting the votes. Under such circumstances, opposition lawmakers were left with no alternatives but physical fights.

The 13th National Assembly in 1988 was an important turning point. It was the first time that the National Assembly speaker, vice speakers, and chairmen of standing committees were distributed based on the ratio of seats each party won. And it was the first time for the ruling party to be outnumbered by the opposition. If an in-house vote had taken place, the opposition parties were supposed to win all key posts, including the speaker and committee chairmen. Therefore, the ruling party compromised with a system in which the posts would be distributed based on the number of seats.

The lawmakers also agreed to run the legislature based on agreements. The political abilities of the so-called three Kims — Kim Dae-jung, Kim Young-sam and Kim Jong-pil — helped bring about the change. The National Assembly’s operation seemed to be improved, but the lawmakers only took what they needed and returned to the savagery.

That was why the National Assembly Act was revised — to introduce a system that the legislature would be operated based on agreements of negotiation blocs, not based on the rule of majority. Then, the National Assembly was often paralyzed, because it could not do anything without agreements from opposition parties. Former President Park Geun-hye attempted to change this clause because it meant a major obstacle for the ruling party. That is an incredibly uncomfortable system for the ruling party.

The final bastion of majority rule in this system is the fast-track system. Three-fifths of the incumbent members of a standing committee must agree to fast-track a bill. The bill, then, moves to a voting session within 180 days at a minimum and 330 days at a maximum.

Politics is the art of reaching an agreement after accommodating minority opinions. That is why the people are more important than a system. To maintain that spirit, the system should be respected above all. Once it is ignored, the entire system will become meaningless.