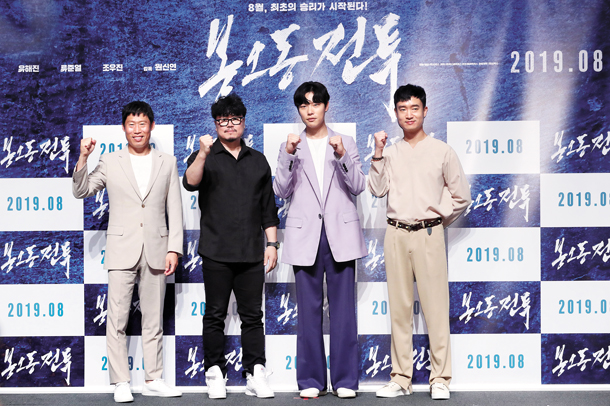 From left, actors Yoo Hae-jin, director Won Shin-yeon, Ryu Jun-yeol and Jo Woo-jin pose for photos at a press conference for their upcoming film “The Battle: Roar to Victory,” at CGV in Apgujeong, southern Seoul, on Wednesday. The film tells the story of a group of independent activists fighting against the Japanese armed forces during the Japanese colonial era (1910-1945). [YONHAP]