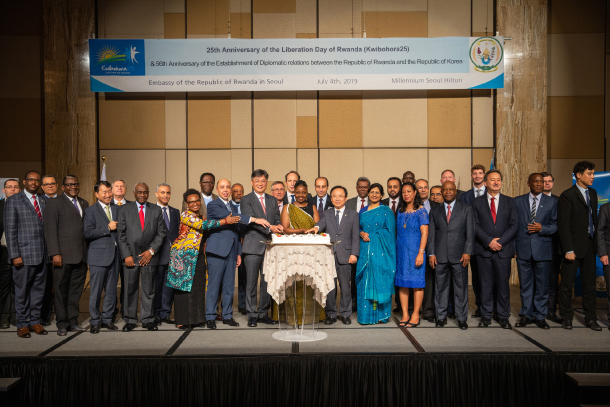 Ambassador of Rwanda to Korea Emma-Francoise Isumbingabo, center, Chang Jae-bok, ambassador of public diplomacy of Korea’s Ministry of Foreign Affairs, Liberty Korea Party Rep. Lee Ju-young, deputy speaker of the National Assembly and president of the Assembly’s Africa New Era Forum, and ambassadors celebrate the 25th anniversary of the Liberation Day of Rwanda, which falls on July 4 every year, and 56 years of relations with Korea at the Millennium Seoul Hilton in central Seoul on Thursday. [EMBASSY OF RWANDA IN KOREA]