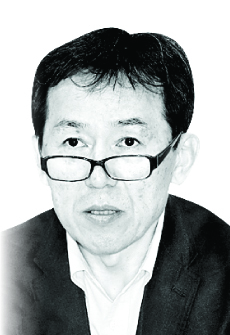 Jun Bong-geun
The author is the acting president of the Institute of Foreign Affairs and National Security within the Korea National Diplomatic Academy.

Three years ago when South Korea decided to deploy the U.S.-led Terminal High Altitude Area Defense (Thaad) antimissile system to defend against North Korean missile attacks, China lashed out by imposing multi-faceted economic retaliations on South Korea, leading bilateral relations to chill. Today, even before Beijing has completely retracted those measures, Seoul is facing yet another challenge as Washington demands its allies, including South Korea, stop using 5G communications equipment from China’s IT giant Huawei on security grounds. In the meantime, Beijing threatens more retaliations in case Seoul chooses to give in to Washington’s pressure.

The deepening Sino-U.S. rivalry poses a dilemma for many countries with ties to both. Due to its geographical, economic and strategic location, South Korea faces even tougher challenges than other countries involved. Security analysts warn that the U.S.-China conflict will emerge as its greatest diplomatic challenge for at least three decades. Then, what choices are left for South Korea — and what principles do we need to tackle the challenges — in the era of Sino-U.S. conflict?

I propose that South Korea take the path of protecting national interests based on its identity and following the universal diplomatic principle of international society — instead of choosing one side.

All Sino-U.S. competitions originated with China’s rapid development. In 2010, China surpassed Japan in gross domestic product (GDP) to become the second-largest economy, and, by 2030, it is expected to even exceed the United States in GDP. The United States was shocked at China’s fast rise after having seized global hegemony throughout the 20th century with its unrivaled economic development and military strength. The reinforcement of an authoritarian regime by Chinese President Xi Jinping and his ambitious One Belt One Road initiative provoked Uncle Sam. U.S. President Donald Trump’s administration has declared an all-out war against China after branding it as a “revisionist” power seeking to change the liberal international order and a strategic rival threatening American hegemony.

Seoul has faced a new dilemma since the mid-2010s after it was forced to take a side in the participation of the China-led Asian Infrastructure Investment Bank (AIIB), China’s Victory Day military parade, the Thaad deployment, Seoul-Tokyo-Washington military cooperation and the United States’ “freedom of navigation” exercises in the South China Sea. When Washington and Beijing elbowed our government to side with one of them, the Korean government delayed making a decision while closely observing the situation. If a response was needed right away, it kept a low profile. The Sino-South Korea conflict over Thaad was a wakeup call for Seoul on how dangerous the China-U.S. rivalry could turn. 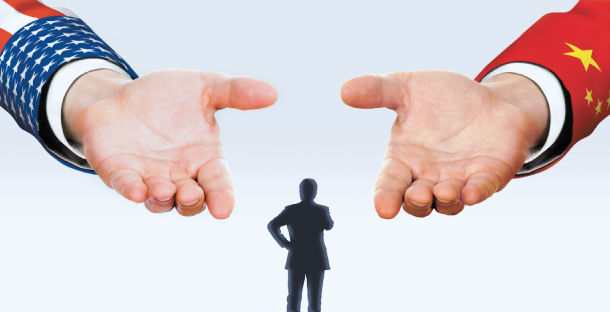 After the row over Huawei broke out, Seoul responded — early this time — based on its experience with Thaad.

First, the Ministry of Foreign Affairs expanded a related team with new faces and reinforced its policy coordination ability after realizing the limits to effectively handling the complex diplomatic situation within the current system. The Institute of Foreign Affairs and National Security under the Korea National Diplomatic Academy also set up a U.S.-China relations research team and used its connections with experts to devise diplomatic strategies for the government.

In the early 1990s, the Foreign Ministry launched a diplomatic policy office to preemptively respond to the changing post-Cold War era. However, since a new international order settled with the United States taking the lead, the office has significantly lost its power of strategic diplomatic planning. I propose the ministry establish a new diplomatic strategy office to help develop our diplomatic strategies to preemptively respond to the changing international situation as the U.S.-China conflict deepens.

Second, the South Korean government has presented its principles in responding to the U.S.-China discord. On Huawei, the government said it will find ways to protect our military communications systems while respecting local companies’ business autonomy. President Moon Jae-in also delivered more general principles to prepare for the U.S.-China trade war. He expressed his support for multilateralism and open trade, saying, “I hope our government does not end up in a situation where it has to choose between the two as both countries are Korea’s biggest trade partners.”

In regards to the strategic competition between Washington and Beijing, Moon underscored the importance of striking a harmonious balance between Korea’s New Southern Policy and the United States’ Indo-Pacific Strategy following the principle of openness, inclusiveness and transparency in the region. Some local experts pointed out that Beijing might protest Seoul’s decision to join Washington’s Indo-Pacific Strategy. But Moon raised the significance of universal values of openness, inclusiveness and transparency, which are agreed to by the international community, and at the same time specifically mentioned that South Korea would seek harmonious cooperation with the U.S.-led Indo-Pacific Strategy as long as it is compatible with South Korea’s New Southern Policy.

Local diplomatic policy groups are fiercely debating among themselves which stance South Korea should take as China keeps colliding with the United States. Theoretically, various options have been raised so far, including South Korea siding with the United States; siding with China; passively taking a middle stance; aggressively taking both sides; forming an alignment with third middle-power nations; or taking a completely independent path by cooperating with North Korea.

But in reality, there are limited options Korea can actually choose from due to historic, political and geographical reasons. A long time will be needed for the Korean government to choose a strategy given the time needed for sufficient discussions, consensus building among expert groups and the public. At this point, I propose four key principles to respond to the deepening U.S.-China rivalry.

First, South Korea’s main national interests must include national security and economic interests. Even if the United States wins the battle with China, there’s a small chance Washington would continue to be the “benevolent hegemon” as in the past. Beijing, seething from the defeat, will prove to be a dangerous neighbor. In such an unstable environment, South Korea must immensely strengthen its diplomatic and military prowess. Economic interests will be as important as national security interests because South Korea has a critical lack of natural resources and energy.

Second, South Korea must maintain the two pillars of its peace and prosperity: the South Korea-U.S. alliance and the South Korea-China strategic cooperative partnership. The South Korea-U.S. alliance is pivotal to sustaining peace not only on the Korean Peninsula but also in Northeast Asia and the rest of the world. Among all countries, the United States is home to the largest number of Koreans living abroad, provides original, cutting-edge technologies to Korea, and is a very important export market for us. China, for its part, has the huge market needed for our economic development, hosts our factories for export, and is a quintessential partner for achieving the peace and denuclearization of the peninsula.

Third, South Korea must support the international rules of multilateralism and free trade. South Korea lacks the power to solely stand up against countries like China and the United States, which is why it is important to support and act along international organizations.

Fourth, South Korea must support the values of openness, inclusiveness, transparency and constitutionalism, which will help prevent powerful nations from playing power politics. These values are the universal values of the liberal international order, which enables South Korea to seek national interests in the global society.

For South Korea to effectively establish a diplomatic strategy against the ongoing tug-of-war between the United States and China, we must first build social consensus on what our national identity is and what national interests we can seek based on this. Any diplomatic strategy drawn up without going through this very first step may end up losing steam or a sense of direction. So what’s South Korea’s national identity and interests?

Third, as a middle-power country, South Korea needs to help shape international order and norms that best fit its size of economy and global standing. In 2013, South Korea led the formation of Mikta — an informal partnership comprised of Mexico, Indonesia, South Korea, Turkey and Australia — to take collective actions on global challenges. South Korea is also contributing to world peace and prosperity by mediating between strong and weak countries and between developed and developing countries, and states with or without nuclear weapons.

Lastly, South Korea is geopolitically squeezed between two superpowers and a country that has weak national security. That’s why it is important for South Korea to seek national interests from this strategic standpoint. History shows that South Korea was invaded by surrounding powerful countries at turbulent times, but at other times when it was strong, it enjoyed peace and prosperity as a strategic power in the region — and by playing the role as mediator. To overcome the weaknesses of a middle-power state in the new era of Sino-U.S. competition, South Korea needs to form an alliance with other middle-power partners like Singapore, Indonesia, Australia and Vietnam. There’s also a chance South Korea can cooperate with North Korea and Japan to collectively react to the U.S.-China contest.