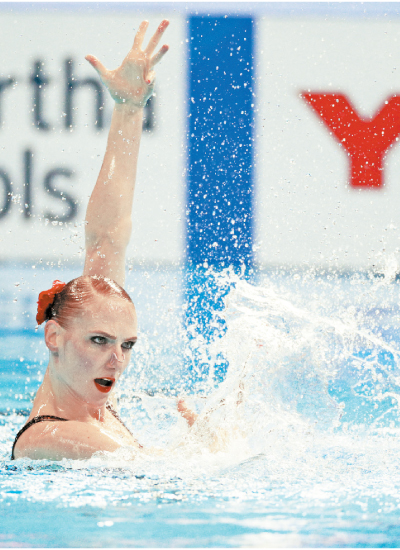 Having finished the preliminary round first by receiving 96.4667, Romashina once again dominated in the final to take the gold. Performing 10th of the 12 artistic swimmers in the final, Romashina successfully stayed at the top of the leaderboard by receiving a high score of 97.1333.

This is already Romashina’s second gold at this year’s World Championships.

Romashina picked up her first gold in the women’s duet technical, partnering with Svetlana Kolesnichenko. By winning her second gold, Romashina has now won a record number of world championships golds in artistic swimming, at 20. In this specific event, this is Romashina’s second gold. She previously won the solo free routine during the 2013 World Championships.

The five-time Olympic gold medalist’s achievement is a lot more impressive as she returned to the sport after taking maternity leave. Due to this, Romashina didn’t compete in the 2017 World Aquatics Championships in Budapest.

Also, in the free routine, artistic swimmers or teams are given a little more time compared to the technical routine to allow routines to showcase more creativity. In solo free events, athletes are given a routine time of 2 minutes and 30 seconds, which is 30 seconds more than the solo technical.