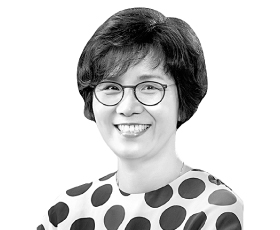 Shin Jung-hwa
The author is a professor of international relations at Dongseo University.

As the Japanese government announced export restrictions on semiconductor parts, it broke the principle of separating politics and the economy, which had been maintained for over 50 years since the normalization of relations in 1965. Seoul has demanded Tokyo to return to diplomacy and asked citizens to unite and cooperate. Koreans have started boycotting Japanese goods and are refraining from touring Japan. If the Japanese government excludes Korea from the so-called “white list” for preferential treatment for exports in August, anti-Japanese sentiment will only intensify.

While Japan’s measures could hurt the Korean economy in the short term, it will also negatively affect the Japanese economy in the global value chain and the Japanese leadership in the long run. Japan’s image of using economic means to force its claims only helps fuel its imperialist image of using military forces to invade Asia in the 20th century.

Then, why is Tokyo sticking to their hard-line stance? While it is officially denying that, it is certainly a retaliation against the Moon Jae-in administration for the Korean Supreme Court’s decision on the forced wartime labor, given the Moon administration’s support for the ruling. If compensations are made to the Korean victims of forced labor, similar suits could be raised in the regions Japan invaded in the past. At the same time, the compensation to North Korea could increase if Japan wants to normalize relations with North Korea.

A more fundamental cause of Japan’s export restrictions is Japan’s Prime Minister Shinzo Abe and his administration’s desire to maintain the existing Japan-centered order in Northeast Asia through a strong alliance with the United States under the slogan of “diplomacy by power.” On top of that, the Abe cabinet does not trust the South Korean government’s policy towards China and North Korea.

The discord over South Korea’s China policy started in the 2010s. While Japan considered China’s rise as a security threat and implemented a policy to check on it, South Korea regarded it as an opportunity for economic growth and treated it as a partner in its North Korea policy. As a result, South Korea’s strategic value fell for Japan. In Japan’s Indo-Pacific policy, there is no place for Korea.

Another reason is the growing gap in the two countries’ North Korea policies, particularly since the launch of the Moon administration two years ago. The South Korean government has pursued improved relations with North Korea to develop South Korea and establish peace in the Korean Peninsula. But Japan views it from a broader perspective that includes China beyond the peninsula. Tokyo thinks that Seoul’s North Korea policy that does not align with the traditional Seoul-Washington-Tokyo alliance is negatively affecting Japan’s security. The argument for “bypassing South Korea” mentioned on the brink of a war on the Korean Peninsula in 2017 — and the argument for “bypassing Japan” on the peninsula issues amid the inter-Korean, North Korea-U.S. and North Korea-China summits in 2018 — show the stark differences in their approaches to North Korea, which eventually led to the absence of bilateral cooperation.

As North Korea needs economic development and is extremely wary of unification by absorption, there is no reason for Pyongyang to turn down Japan’s offer. While North Korea and Japan become closer, South Korea’s influence will likely be reduced.

Abe, as the leader of the third largest economy, is focused on building personal trust with U.S. President Donald Trump to secure autonomous space under the trust of Uncle Sam so it can become a “normal country” and maintain leadership in Asia. In Japan, Abe is considered a strictly realistic politician. So the latest export ban could be a “taming of South Korea” under the connivance of Trump.

If so, South Korea’s response should be focused on preventing Japan from hurting Korea’s economic development and establishing a peace regimen on the Korean Peninsula. While working towards a withdrawal of the export ban, Seoul must address the forced labor issue in multi-dimensional ways. On North Korean policy, the Moon administration must have more talks with Japan than before. In the long run, it must re-establish its relations with Japan beyond the two countries’ differences for the future of the Korean Peninsula and East Asia.