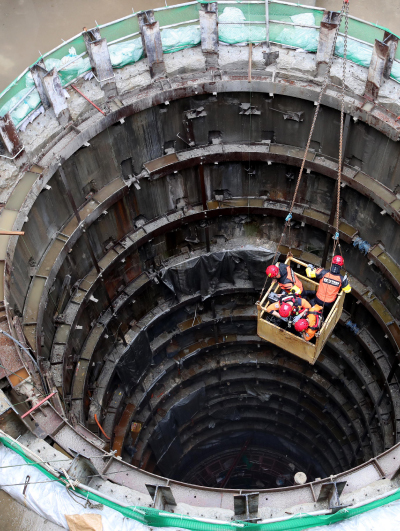 Rescue workers go down on a makeshift lift into a rain water pump station in Mok-dong, Yangcheon District, western Seoul, on Wednesday to rescue three workers trapped inside the pump station as heavy rainfall in the morning suddenly increased the water level inside. One worker, who was already dead, was brought back, but the other two workers, including one from Myanmar, were still missing as of press time on Wednesday. [YONHAP]