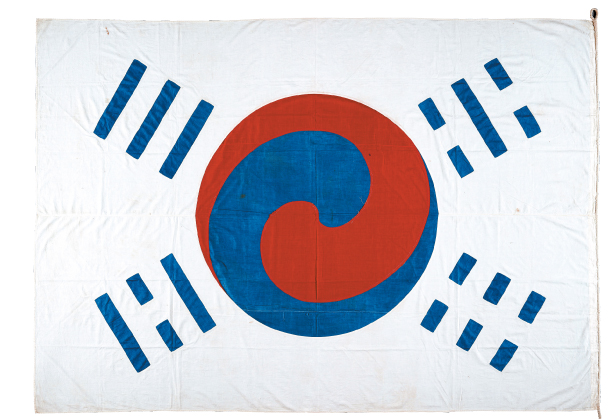 Denny’s Taegeukgi, the oldest remaining Korean national flag, registered as heritage No. 382, will be exhibited at the National Museum of Korea in central Seoul starting on Thursday to celebrate the 74th anniversary of Liberation Day. Emperor Gojong gave the flag to his U.S. diplomatic adviser Owen N. Denny in 1890. The flag will be exhibited until Aug. 21. [YONHAP]