Tomita tapped as next ambassador

Tomita tapped as next ambassador

Koji Tomita, Japan’s representative for the G-20 summit, is likely to be the next ambassador of Japan to Korea, according to diplomatic sources in Tokyo.

“He is known to be hawkish when it comes to relations with Korea,” a diplomatic source told the JoongAng Ilbo on Tuesday. “Usually, when a Japanese official serves as the ambassador to Korea, either one of two things happen by the time they leave Korea - they either come to love Korea or hate it. The general assessment by some experts here is that he is of the latter kind.”

The source said that the Korean and Japanese governments were working out the process of Tomita’s appointment, including getting the necessary approval from the Korean government. 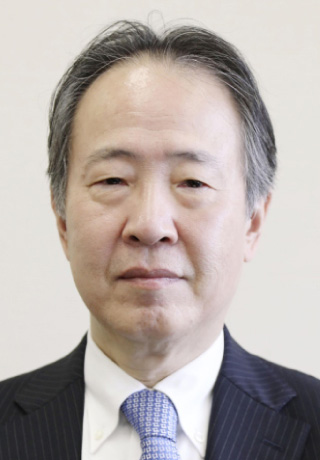 Current ambassador of Japan to Korea, Yasumasa Nagamine, is said to be scheduled to complete his three-year tenure at the end of this month.

He also has experience in the political departments of the Japanese embassies in the UK and in Korea. Tomita served as the minister of political affairs at the embassy in Seoul from 2004 to 2006, during President Roh Moo-hyun’s administration.

But compared to the background and experiences of previous Japanese ambassadors appointed to Korea, some sources said Tomita may be a relatively lower-ranking official for the position.

“Considering some other possible candidates for the position, such as Nobukatsu Kanehara, deputy secretary general of Japan’s National Security Secretariat, or Toyohisa Kozuki, ambassador of Japan to Russia, Tomita is not the highest ranking official to be appointed to the post,” a diplomatic source told the JoongAng Ilbo.

“Some experts see this move as an intentional one by the Japanese government to appoint a relatively lower-ranking official to the position than what has been the practice, because of the worsening bilateral relations,” said another source.

Nagamine and his predecessor Koro Bessho had both served as deputy minister for foreign affairs right before they were appointed as the ambassador to Korea.

Tomita is also the son-in-law of Kimitake Hiraoka, the famous Japanese writer and poet who used the pen name Yukio Mishima. His famous works include “Confessions of a Mask [Kamen no Kokuhaku],” which was published in 1949, shortly after Mishima quit his job in the Finance Ministry, and “Patriotism [Yukoku].”

Mishima committed suicide after his attempt for a coup in Tokyo - to overturn the Constitution of Japan and reinstate the power of the emperor - failed on Nov. 25 in 1970. Before his death, he was considered one of the most likely authors in Japan to win the Nobel Prize for Literature,

If Tomita is successfully appointed to the embassy in Seoul, he will be joining staff members at the embassy with notable experiences in Korea.

Recently reported to be nominated as the deputy chief of mission of Japan to Korea, Hirohisa Soma was former minister of economic affairs at the embassy from 2012 to 2015. Soma studied international relations at Seoul National University in the 1980s.

Taisuke Mibae, recently appointed minister of political affairs at the Japanese Embassy in Seoul, also studied in Korea and worked at the embassy from 1995 to 1997. Fluent in Korean, Mibae visited Pyongyang several times and took part in the Six Party Talks from 2002 to 2005 when he was principal deputy director of the Northeast Asia Division of the Japanese Foreign Ministry.

As a North Korea specialist, Mibae has worked on the issue of abduction of Japanese nationals by North Korea as director of the Policy Planning Division in the Secretariat of the Headquarters for the Abduction Issue in the Cabinet Office of Japan and at the Non-Proliferation, Science and Nuclear Energy Division of the Japanese Foreign Ministry.

It is also notable that the Japanese government is said to have recently nominated Hisashi Michigami, consul general of the Consulate-General of Japan in Busan, as the next secretary-general of the Trilateral Cooperation Secretariat, an international organization established in 2011 by the governments of China, Korea and Japan to promote regional cooperation. Michigami also studied at Seoul National University and was the deputy chief of mission of Japan to Korea in 2014.

Relations between Korea and Japan have deteriorated lately over the diplomatic spat involving Japan’s delisting of Korea from its list of favored trading partners, which Korea reciprocated, and renewed bilateral rancor over the Korean Supreme Court rulings last year that ordered Japanese companies to compensate Korean victims of forced labor, as well as Seoul’s scrapping of a fund for comfort women victims established under a bilateral agreement in 2015.

Although Korean President Moon Jae-in has emphasized the need to take a two-track approach when it comes to the historical issues and security cooperation with Japan, civic organizations have been holding public protests to boycott Japanese goods, local governments are mulling over canceling trips to Japan and some lawmakers are calling for the ending of the General Security of Military Information Agreement, a military intelligence-sharing pact signed between Korea and Japan in 2016 that is usually automatically renewed annually.