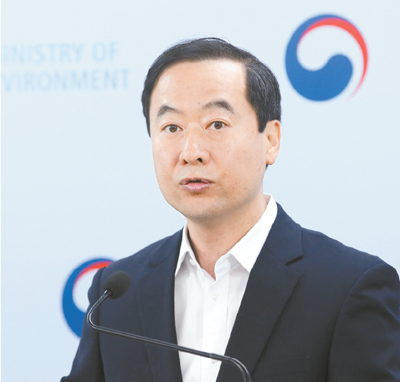 The Korean government has raised restrictions on imports of Japanese trash for recycling.

After tightening imports of coal ash from Japan a week ago, which Korean companies use to make concrete, the government is getting tougher on imports of three categories of recyclable trash: batteries, tires and plastic.

According to the Korean Environment Ministry, it will be inspecting levels of radiation and heavy metal pollution in imported recyclable trash on a monthly basis or even more frequently. Inspections used to be conducted every quarter. If violations are detected, the material will be returned to the country of origin.

After coal ash, batteries and tires are the two most imported recycled waste. 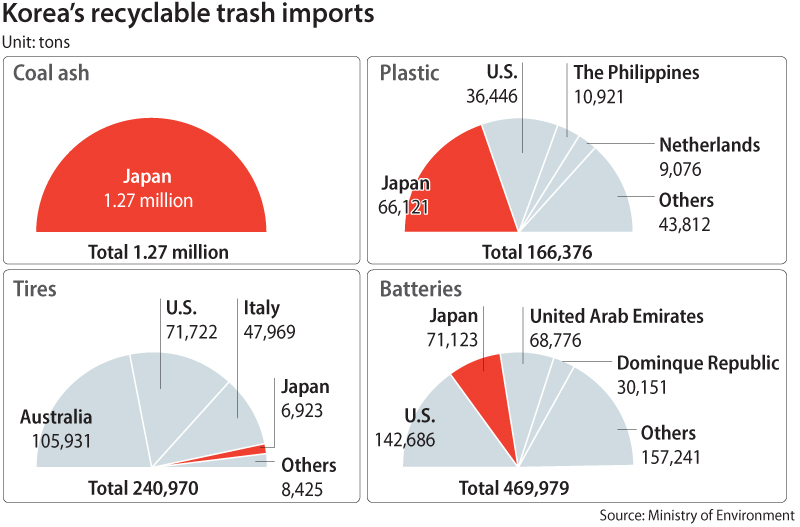 These four items account for 85 percent of all recyclable trash imports.

The government said tighter inspections were a response to growing public concerns about radiation and pollution.

Although other countries send Korea recyclable trash, the changes are clearly targeting Japan.

Japan accounted for 99.9 percent of the 1.27 million tons of coal ash that was imported to Korea last year. Coal ash from Japanese thermal plants are used to make concrete.

The Korean government in April won a World Trade Organization (WTO) appeal of a ban of seafood from Japan’s Fukushima prefecture due to radiation contamination.