Apple’s new smart watch can notify users of an irregular heartbeat. But not in Korea. The regulators ban the selling of devices that have medical-related features.

The Galaxy Watch Active 2, by Samsung Electronics, is likely to face the same fate. It has an electrocardiogram feature, and is thus not allowed to be sold in the country.

Sky Labs, a medical wearable start-up based in Pangyo, Gyeonggi, is barred from bringing its CART ring-shaped atrial fibrillation detector to market, although the product achieved 99 percent accuracy in diagnosing the heart disease.

“Korea is not our main target market since it prohibits remote monitoring of patients, which means our product can’t be put on 24/7 to detect abnormal heart conditions as first intended,” said Sky Labs CEO and founder Lee Byung-hwan, adding that the company has filed an application with the Ministry of Food and Drug Safety for the product to be used in hospitals. 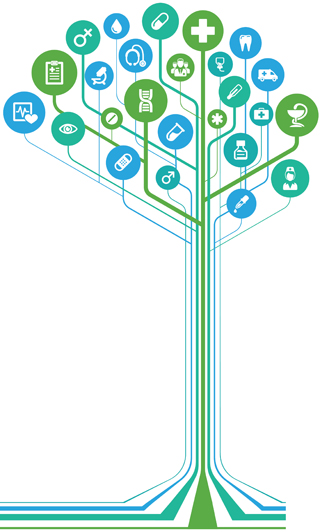 “Instead, we are looking to target the United States and Europe,” the CEO said.

The list could go on and on, as regulations banning telemedicine and remote patient monitoring have put many advanced health care technologies and services on hold.

The introduction of the 5G network was to act as a catalyst for more disruptive medical services, such as gene testing and on-demand medicine, but the strict regulatory policies - often compounded by vested interests - are frustrating health care innovation.

At the center of the controversy is a medical service law that bans telemedicine, except for services for the underprivileged and elderly in the countryside, along with the regulations on data protection and genetic testing.

The scope of those laws is so expansive that 75 percent of the 100 top-funded health care start-ups globally would be prohibited from offering their services in Korea, or their services would be severely restricted, according to a report released by four institutions, including Google and Naver-sponsored Startup Alliance.

Out of the top 100 health care start-ups, no company comes from Korea.

“Korea is falling behind in health care innovation, hampered by those restrictions,” the report read.

SK Telecom and Severance Hospital announced in April that they will build a technology-driven hospital in Yongin, Gyeonggi, and that it will be built using 5G.

But look inside, and it quickly becomes apparent that the main features - the artificial intelligence speakers and the augmented reality maps - are not directly related to medicine.

The offerings are limited largely because of the existing laws that ban telehealth.

While the ministry has eased the law, lifting the restriction for remote areas or in the cases of surgery for research purposes, it remains an impediment and a non-starter for some.

Under the regulation, commercial electronic devices are allowed to only record physiological conditions, like steps and heart rate, but they are forbidden from sending notifications or alerts in the provision of medical advice.

Neofect, a medical technology start-up in Gyeonggi, developed the Rapael Smart Glove rehabilitation device and received an Innovation Award at the Consumer Electronics Show (CES), but it is not allowed to bring it to the Korean market due to the regulation.

“We can’t rent directly to customers in Korea because of the law,” said a spokesperson at Neofect.

Opponents of virtual diagnosis and treatment also want to know who would be responsible for medical failures: the doctors or the maker of the device.

InterMD, a local health care professional community, found that 61.4 percent of doctors have a negative view regarding telemedicine from a poll of 507 doctors in June.

The government, however, has tiptoed towards the more active use of technology in medical services so that the potential harm and potential benefits can be gauged.

The Ministry of Health and Welfare designated Gangwon as a regulation-free zone for telemedicine earlier this year, while the Ministry of Science and ICT picked Huinno, a medical start-up, to be in a regulatory sandbox.

A strong data protection law also gets in the way of developing advanced diagnostics systems.

Under Korea’s information privacy laws, personal information, including data that has been de-identified, can only be used with user consent.

Public health entities, such as the National Health Insurance Institution, have collected vast quantities of medical data, but the information can’t be shared with third parties or private medical companies.

The government did introduce a guideline aimed at allowing companies to utilize de-identified medical information, but the guideline was not legally binding and offered only an imprecise definition of de-identification.

“Although there is the guideline, many start-ups perceive it as having many loopholes and feel uncomfortable using de-identified data if the use might lead into legal problems,” said a CEO of a start-up that makes AI-based health care solutions who spoke on the condition of anonymity.

Industry insiders believe that such rules might discourage companies from cooperating or launching joint projects.

“Korea has a well-established system for electronic medical records, but the cross?use of medical information is few and far between due to the tough data protection law,” said a source at a health care data platform start-up.

Lagging behind the race

While Korea struggles to stay relevant with the evolving developments of high-tech in the medical sector, the United States and some countries in Europe have become home to leading innovative health care start-ups.

The United States holds a dominant position in telemedicine after various acts and bills were introduced in the 1990s to legalize virtual medicine. Now, the majority of the states allow for telemedicine.

According to a Deloitte 2018 Survey of US Physicians, 23 percent of the respondents have had some experience with telemedicine.

The Food and Drug Administration (FDA) introduced its Digital Health Software (Pre-Cert) Program to shorten the procedure and take a more tailored approach towards companies applying.

“The government failed to facilitate innovation,” Choi said, “Rather, it gets in the way of it.”

“In advanced countries like the United States, companies can do anything except for practices banned under the law, while in Korea they can do only what the law allows for and are banned from venturing into anything beyond that.”