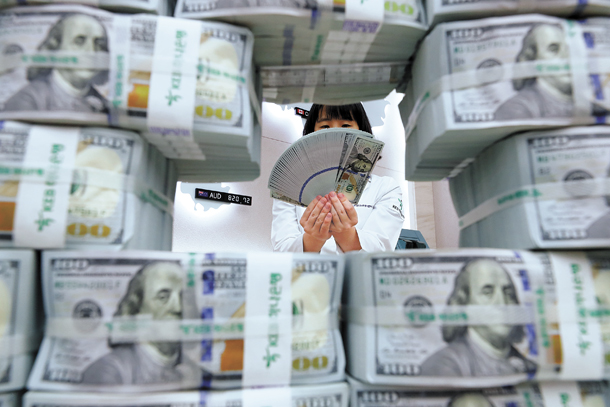 A KEB Hana Bank employee with piles of dollars at a bank branch in central Seoul on Wednesday. The Bank of Korea announced Wednesday that the country’s short-term external debt ratio against foreign exchange assets reached 34.7 percent as of the end of June, which is up 2.8 percentage points from the period three months earlier. Korea’s short-term external debt accounted for 30.3 percent of the total in the second quarter, up 0.9 percentage points from the previous quarter. The ratio of short-term external debt was at its highest level in 66 months. The central bank said the level of debt was still at safe levels and that the system was sound. [NEWS1]