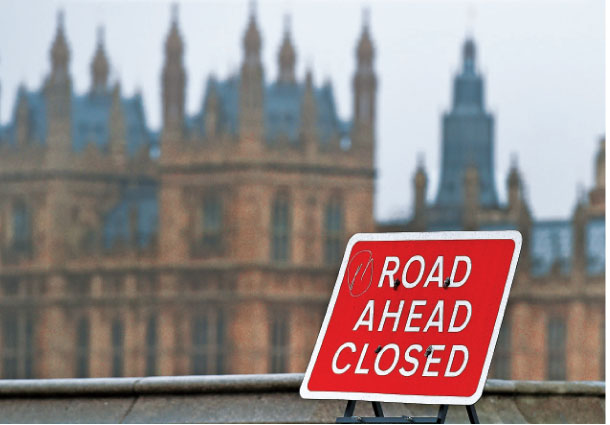 KIM SUNG-TAK
The author is a London correspondent at the JoongAng Ilbo.

In order to resolve the problems associated with extreme confrontation between ruling and opposition parties and the discontinuation of policies due to single-term presidencies, constitutional amendment for a parliamentary system is discussed in Korea. A parliamentary government is considered a foundation of democracy in Europe. However, many European countries with such systems are experiencing confusion. As mainstream moderate left and right parties lose voters’ support, they resort to coalitions. But they should hold elections often because they have a weak support basis. Nevertheless, voters complain that their opinions are not reflected in politics.

A notable example is the United Kingdom. Politics has been drifting over the Brexit issue. The Conservative Party, which failed to win a majority in the general election, has a coalition with the Democratic Unionist Party of Northern Ireland. Boris Johnson became prime minister without an election through a conservative party members’ votes, when only 0.2 percent of the entire population are Conservative Party members. He poses as a troubleshooter without any clear plan for the border issue between Ireland and Northern Ireland. Opposition parties want to pass a no-confidence bill and hold a new election.

Political establishments in Italy have fallen, and populist party Five Star Movement formed a coalition government with the far-right League. Mateo Salvini, deputy prime minister and head of the League, refuses refugees and follows the Trump-style Italy-First policy. He declared the collapse of the coalition. When he had the highest rating in the European Council election, he calculated that he would go for a general election and become the prime minister. Confusion is growing as Prime Minister Giuseppe Conte, who was backed by both parties, expressed his intention to resign in protest.

In Germany, political vacuum has emerged as Chancellor Angela Merkel is losing power. While it is hard to find someone who can replace her leadership, far-right parties have more followers. Uncertainty in the European countries with parliamentary systems show that political systems are not the issue. Rather, it is more important to find ways to smoothly operate the representative function by connecting politicians and voters.

I hope straight debates, like between the prime minister and MPs in the U.K., are introduced in Korea. Debates are televised live, and all issues are addressed. There is no place for superficial answers. It would be good if the president and the head of the biggest opposition can debate. It won’t resolve all discords. But rather than having people take a side over every issue, it would help the public to make a judgment.