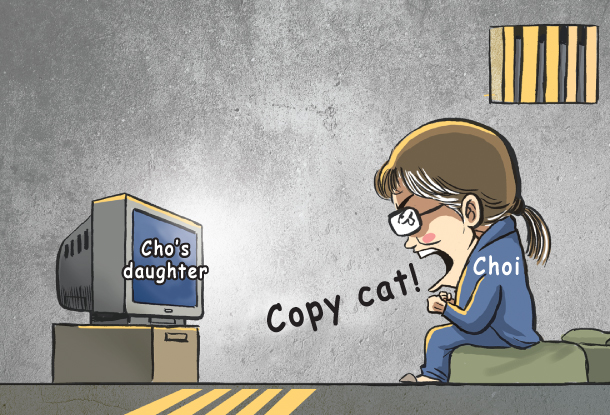 In a letter allegedly written by Choi Soon-sil — the friend of former President Park Geun-hye who is serving jail time for abuse of power — Choi complained about controversial justice minister nominee Cho Kuk’s daughter’s suspicious admissions to top universities. Her daughter Chung Yoo-ra had to drop out of Ewha Womans University because of special favors she received from the university.