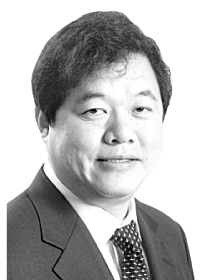 Kang Joo-an
The author is the social news editor of the JoongAng Ilbo.

Will Justice Minister Cho Kuk be able to reform the prosecution? It seems beyond his capacity. His confidence may have been destroyed. His greatest assets were his speeches and writings. President Moon Jae-in wrote in his book praise of Cho’s “Plan for the Liberal Rule.”

Cho’s sharp criticisms of others, however, boomeranged and destroyed him. In his book, published in 2010, Cho predicted his future. They were like statements that the 45-year-old Cho was sending to the 54-year-old Cho of today.

In his book, Cho said Shin Jae-in, a minister nominee, should have given up his nomination when controversies surrounding him began. Cho also condemned another nominee, Lee Jae-hoon, for real estate investments. “The Lee couple’s investment is like the act of taking candy from a baby,” Cho wrote.

“Are there really no candidates who have both a sense of justice and ethics?” the 45-year-old Cho asked in his book. “I don’t know.” Flash forward nine years: “There is a principle that all suspects are innocent until proven guilty,” the 54-year-old Cho answered.

Although Cho was described as the best person to reform the prosecution, the confirmation process has raised skepticism about his capacity. During his confirmation hearing, he admitted speaking on the phone with Choi Sung-hae, president of Dongyang University, who has denied ever giving an award to Cho’s daughter, which was cited on her medical school admission. That hinted at an attempt at witness tampering.
Cho’s wife Chung Kyung-sim removed a computer from her office at Dongyang University, which generated understandable suspicions. Chung claimed she took the computer because she needed to use it — very odd behavior in this day and age. She went to her office with an official of the private banking center of the Korea Investment and Securities Company, and he didn’t even think about suggesting copying the files she needed. That seemed even stranger.

Cho’s previous job was presidential senior secretary for civil affairs. He was the person responsible for verifying top government official candidates and managing the president’s family, relatives and friends. He also needed to declare his wealth every year.

How this professional vetter allowed his own family to publicly disgrace themselves — over controversial scholarships, dubious investments in a private equity fund and suspicions surrounding the family-run Ungdong School Foundation — is a very big question.

Even those supporting Cho as justice minister do not think much of him as a private person. Sim Sang-jung, chairwoman of the Justice Party, said she respects the president’s judgment, but still posted a criticism of Cho on social media.

“Discrepancies in Cho’s words and actions disappointed many people, and the baring of the truth of the privileged few, who enjoy generational succession of wealth and top posts, deeply frustrated the youngsters,” she wrote.

A ruling party official who has supported Cho confessed his honest opinion. “I agree that he is unfit to serve as justice minister,” he said. “But we have to push him forward because of the opposition parties.”

A split in the nation has allowed his appointment. During the appointment process, Korean society revealed a devastating division. Not only the politicians but also the ordinary people are completely split and it is impossible to have a civilized conversation about certain topics.

How has Korean society reached this point? Come to think of it, internal criticisms were okay to read until the Kim Dae-jung administration. Reporters often reply to complaining emails. But the online comments posted recently are unspeakable insults.

Korea-Japan relations are at their worst level, but the liberals and the conservatives’ curses toward each other make us wonder whether they actually hate each other more than they hate Japan.

In the current situation, what will come of Cho’s appointment as justice minister? Confrontation between Minister Cho and Prosecutor General Yoon Seok-youl is unavoidable. In his inauguration speech, Cho discussed the reform of the prosecution. Prosecutors are enraged at the appointment of Cho and believe the Blue House’s intervention in their realm is far more serious than when they investigated the online campaign of the National Intelligence Service to manipulate public opinion.

Within the prosecution, many speculate that Cho won’t be able to stay, while others said the prosecutor general will suffer a serious wound when Cho conducts the next reshuffle of the prosecution.

When he appointed Cho, President Moon said, “We are facing a situation that can easily lead to the split of the people.”

It is hard to specify when Korean society started feeling such an extreme split, but it is clear when it lost the opportunity of mending the rupture. That was when President Roh Moo-hyun proposed a grand coalition in June 2005. He made a radical proposal that the prime minister and several ministers would be appointed by the opposition party. Park Geun-hye, chairwoman of the Grand National Party at the time, rejected the proposal.

She called it a trick that Roh used when the ruling party was losing support. After rejecting the proposal, the Grand National Party acted as if it had won a declaration of surrender from Roh.

If we could rewind time and make Park take Roh’s offer, we would see a different future. Our society’s conflict and the tragic fates of the two leaders would have been different.

Roh made the offer to the opposition party two years and four months after he took office. Moon’s presidency is past that point. Moon said he vividly felt the problems associated with a confirmation hearing through the latest situation, but what is more serious is the split and hatred in our society. He must remember this.