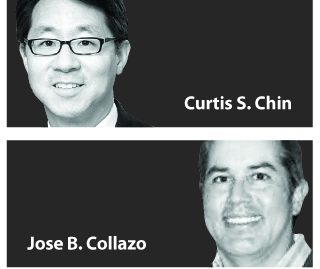 The recent visit by President Moon Jae-in to Thailand was the first by a Korean leader in seven years. Millions of Korean visitors have regularly preceded him, with some 1.8 million coming from Korea to Thailand last year alone. An estimated 20,000-25,000 Koreans also are reported to work or live in this dynamic Southeast Asia nation.

During the visit, Moon and Thai Prime Minister Prayut Chan-o-cha pledged to strengthen their strategic partnership to promote relations between East and Southeast Asia. One area at least not publicly discussed, however, amidst China’s growing assertiveness in the region was how best to both leverage and diversify away from Chinese tourist spending.

Both Thailand and Korea have both seen firsthand the risk and opportunity of the growing numbers of Mainland Chinese tourists.

Over the past decade, the number of foreign tourists to Korea doubled, reportedly led by growing numbers of female tourists in their 20s and 30s from China and Japan. According to data from the Korea Culture and Tourism Institute, overseas visitors to Korea for sightseeing nearly doubled from 7.82 million in 2009 to 15.35 million in 2018.

Totaling 4.79 million last year, the number of visitors from China made up nearly one-third of all foreign tourists in Korea. Japanese visitors came second, followed by visitors from Taiwan, the United States and Hong Kong.

Likewise, in Thailand, the numbers from China now dominate the rankings of overseas visitor numbers.

Today, the China market remains the biggest source of visitors for Thai tourism. According to official Thai government figures, visitors from China to Thailand — Bangkok and beyond — made up nearly 10 million visitors out of the overall 38 million international arrivals last year.

Amidst growing concerns about the impact of the ongoing U.S.-China trade war on the region, Thailand’s tourism industry also just received a bit of good news. The Thai capital city has once again been named the “most visited” city in the world, for the fourth year running.

This repeated top ranking for Bangkok came despite a slowdown last year in the number of tourist arrivals in the country from China. This followed a tragic tour boat accident in Phuket, Thailand, in July 2018 involving Chinese tourists as well as already emerging worries that a slowing Chinese economy would lead to more and more Chinese travelers switching to domestic Chinese travel.

Yet, a No. 1 ranking in international tourist arrivals should not detract from what remains the need for not just Thailand, but also Korea and every Asian tourist destination, to both welcome and diversify away from Chinese tourists.

The need for diversification is underscored by China’s track record of using its own Chinese travelers’ spending as a means to “punish” governments whose policies it disagrees with.

Chinese tourists took more than 145 million trips outside of their country in 2017, a 6 percent increase over 2016, reports the China Outbound Tourism Research Institute (COTRI). Projections have this figure rising to 400 million by 2030.

It is not only the raw number of tourists that is impressive, but also the amount of economic spending that comes with them. In 2016, Chinese international tourists spent $261 billion, according to the UNWTO. Chinese tourists are now the world’s biggest overseas spenders.

As China’s tourism impact grows and destinations in Asia design campaigns to lure Chinese visitors to them, they must be weary of overdependence on any single source of tourists. This potential for China’s “weaponizing” tourism has a history.

Before any destination focuses on the Chinese travel market, it is important also to understand what percentage of spending by Chinese versus other tourists actually stays in the country. Earlier this year, the Nepal government banned popular Chinese digital payment apps WeChat Pay and AliPay saying payments from the unregistered systems were illegal and resulting in a loss of income to the Himalayan nation.

Korea need only look to Taiwan, the Philippines or its own experiences for examples of how China was willing to use its “tourism muscle” to show displeasure over political decisions made by governments around the region. Policymakers and business owners should take precautions to prevent “China capture” — becoming over-reliant on China as the sole source of tourism revenue.

Thailand, Korea and other Indo-Pacific nations need to start taking steps to diversify their foreign travel markets away from China to insulate themselves, should a one-time Beijing benefactor turn bully, wielding the withdrawal of Chinese tourism as a club.

One solution is to look more to Southeast Asia. Korea should continue to support Southeast Asian efforts to further decrease obstacles to travel and to investment in tourism projects between countries in the region are both important steps.

Though China’s economy is the second-largest in the world, the 10 member states of Asean collectively have the fifth-largest economy. When it comes to travel and tourism, Korea can better leverage Southeast Asia’s own growing middle class’s rising purchasing power.