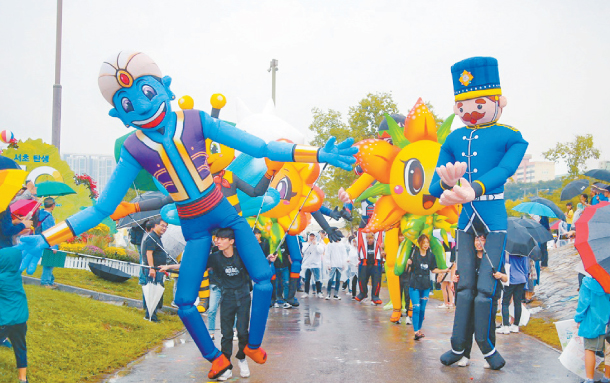 To promote itself as a musical and cultural destination, Seocho District in southern Seoul is holding its annual festival under the slogan of “With Music, We Are Together.” For eight days, the district office brings festivities close to nature alongside the Yangjae Stream or onto roads blocked off for the occasion.

The festival hosts many genres of music for over a week, ranging from classical music to pop music, plus busking and break dancing. A musical parade on Banpo-daero will light up the night sky as the sun goes down on the opening night.

Besides making the sound of music resonate all across the towns, the district will also prepare other programs to make the event appealing to many with different tastes. There will be a book festival from Sept. 28 to encourage people to read, and will list places where one can read books within the district, including libraries. It also offers a pet festival out in a park for district residents who want to spend some quality time outside with their pets and enjoy the fall season weather.

To make the event a bit more educational for Korean-speaking citizens or more familiar to English-speaking expats, there is an English-language musical at Seocho Culture and Art Center.

This festival, one of the oldest cultural festivals in the country, highlights the golden days of the Baekje Kingdom (18 B.C. - 660 A.D.), an ancient Korean kingdom located in the southwestern part of the Korean Peninsula. Baekje was one of the Three Kingdoms of Korea, together with Goguryeo and Silla. This year’s festival will feature nearly 100 events, including parades, a memorial ceremony for the four great kings of Baekje, folk games, exhibitions and traditional Korean music and mask dance performances. 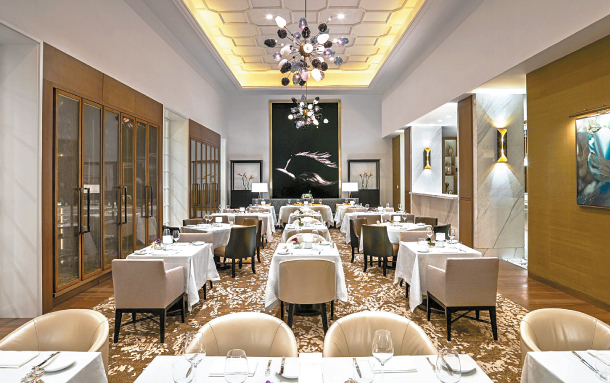 The St. Regis Macao, Cotai Central’s ocean-inspired dining experience is offered at The Manor with Stories of the Sea ? The Second Chapter, with a six-course set dinner menu. [ST. REGIS MACAO]

The latest evolution of The St. Regis Macao, Cotai Central’s ocean-inspired dining experiences has arrived at The Manor with Stories of the Sea ? The Second Chapter offering diners an exquisite six-course set dinner menu featuring a selection of new dishes and a range of enhancements to the awe-inspiring menu.

Building on the success of the first iteration of the Stories of the Sea menu, the team of culinary artisans at The Manor, led by Chef David King, culinary director, have refined the menu even further to showcase a new range of the finest ingredients from the sea, including Sicilian red prawns and bluefin tuna from Spain.

The signature dish of the Stories of the Sea ? The Second Chapter menu is the Balfego bluefin tuna from Spain, with its distinctive full flavor and firm texture. Served lightly marinated with balsamic vinegar, and served with kale, the tuna is then finished off with Sichuan pepper oil to draw out its inherent richness.

Among the other dishes that form part of the six-course dining experience is the Hokkaido sea urchin with ocean trout roe, the Sicilian red prawn with green apple puree, sunflower honey and avocado oil, Spanish octopus served Char Siu-style. The much adored “Glacier 51” toothfish is now offered with a delicate parmesan risoni and chamomile foam. 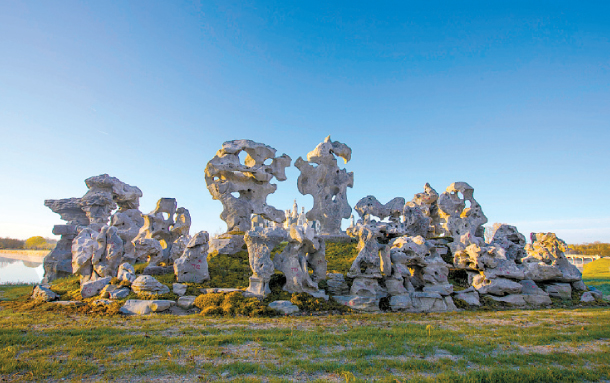 The China Guardian Hong Kong Autumn Auctions 2019 will present remarkable artworks and collectibles from around the world, including Chinese paintings and calligraphy, Asian 20th century and contemporary art, ceramics and works of art, classical Chinese furniture as well as jewelry, watches and luxury goods. More than 1,800 lots will be offered with a total estimate of approximately 780 million Hong Kong dollars ($100 million). Selected highlights will be publicly exhibited in Hong Kong and Beijing ahead of the auctions.

Hu Yanyan, president of China Guardian (HK) Auctions, said, “China Guardian Hong Kong Autumn Auctions this year will take place at the Hong Kong Convention and Exhibition Centre [HKCEC] in October. Every autumn, the spacious exhibition hall at the HKCEC offers us enormous freedom and possibilities in the display of the works. It also enables us to accommodate much more than in our spring sales in terms of both quality and quantity. We are thrilled to announce a stellar line-up for the upcoming sales: White Cloud Studio, a six-meter scroll created by Zhang Daqian in 1947 and gifted to fellow painter Huang Junbi; Qing dynasty painter Jin Nong’s Album of Landscapes and Figures, a masterpiece of poetry and calligraphy as well as painting that was praised by Wu Hufan as ‘a godly creation’; Yoshitomo Nara’s classic work Midnight Vampire; 24.01.73 painted by Zao Wou-ki at the turning point of his life; and Li Chen’s 248-centimeter-tall (98-inch-tall)sculpture Dragon-Riding Buddha.