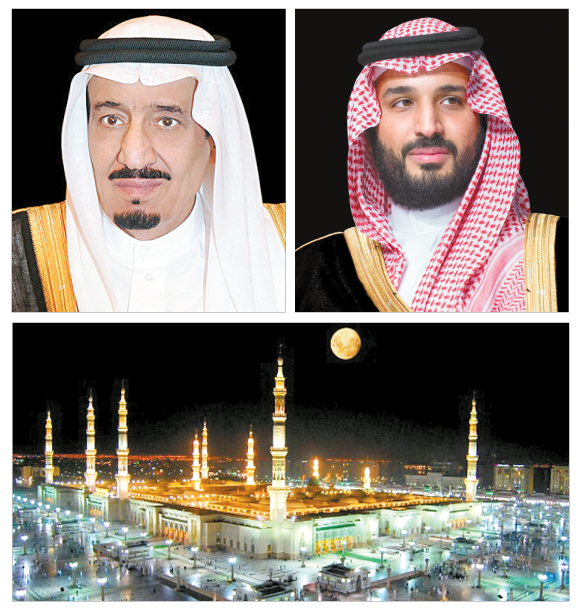 Clockwise from top left: His Majesty King Salman bin Abdul Aziz Al-Saud, the Custodian of the Two Holy Mosques; Crown Prince, Deputy Prime Minister and Minister of Defense His Royal Highness Prince Mohammed bin Salman; an aerial view of the Prophet’s Mosque in Madinah.[EMBASSY OF THE KINGDOM OF SAUDI ARABIA]

A message from His Excellency Riyad A. Almubaraky, Ambassador of the Custodian of the Two Holy Mosques to the Republic of Korea.

The 23rd day of September 1932 was a glorious day in our history where the founding King Abdul Aziz bin Abdul Rahman Al Saud had unified the Kingdom of Saudi Arabia. With such a precious national occasion every year, we celebrate and remember with pride, appreciation and dignity the efforts and sacrifices made by the founding King and his sons, the Kings who came after him, and who followed his approach in building, developing and serving the Kingdom and its people.

This year we celebrate the 89th anniversary, while the Kingdom continues the process of development and modernization in all fields, under the leadership of the Custodian of the Two Holy Mosques King Salman bin Abdul Aziz and the trustworthy Crown Prince, Deputy Prime Minister and Minister of Defense His Royal Highness Prince Mohammed bin Salman bin Abdul Aziz. The Kingdom is experiencing a qualitative renaissance despite regional and international developments and challenges. 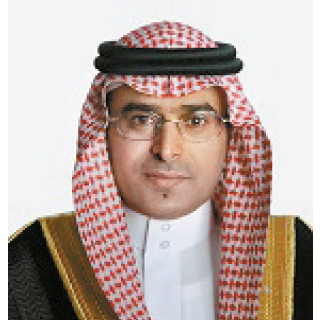 In recognition of the leadership’s keenness to invest all national resources to serve the country and its citizens, the Kingdom’s “Vision 2030” was announced, with its national contents, development and future plans, to diversify sources of income, increase efficiency of government performance and to modernize regulations and administrative structure. Marking the beginning of a new phase of development and the hard work for better future, “Vision 2030” aims to keep up with developed countries, achieve comprehensive development and employ the Kingdom’s potentials and its energy, by taking advantage of the Kingdom’s strategic location, while adhering to the genuine faith of Islam and preserving the genuineness of our society and its principles.

The Kingdom plays a key role in maintaining security and stability in the region, and it enjoys a regional, Arab, Islamic and international status, while playing an active and influential role in international decision-making and its continuous pursuit for international peace and security.

Moreover, the Kingdom is one of the largest countries supporting the humanitarian and relief work in the world, aware of the importance of alleviating human suffering and ensuring a decent life for those who are vulnerable and needy. The foreign aid provided by the Kingdom during the last two decades amounted to more than $84.7 billion.

Taking this opportunity, I would like to praise the strategic, friendship and cooperative relations between the Kingdom of Saudi Arabia and the Republic of Korea, which dates back to 1962. Through their long history, the two countries have witnessed a qualitative leap and great development in many fields, including politics, military, economy, education, culture and health.

Crown Prince Mohammed and President Moon stressed the importance of Saudi-Korea relations and showed high expectations toward economic projects between the two countries and Seoul’s involvement in Saudi’s “Vision 2030” program. 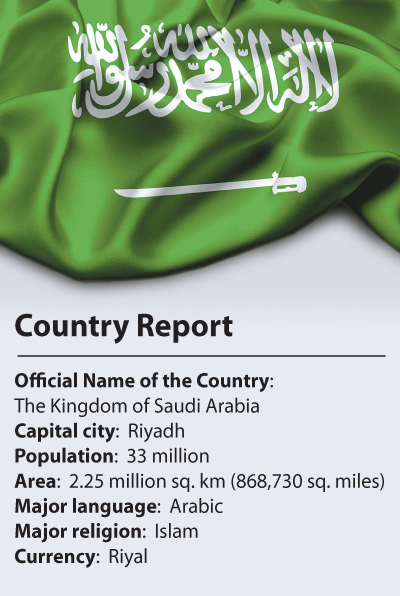 During his two-day visit, he showed his keen interest in Korean companies by meeting with chiefs of Korea’s top conglomerates.
The Crown Prince described ties with Korea as a “relationship of brotherhood,” emphasizing Korea is a strategic partner of the Kingdom not only in the economic area but also in the politics, technology, security and defense areas.

The two countries signed memorandums of understanding on increasing cooperation between the governments and private sectors, which will open broader chances of cooperation.

The Saudi-Korean bilateral relations are a model of relations among nations, where they have often coincided with common positions on various international events, bilateral coordination, mutual understanding and mutual support in international bodies and organizations.