The musicians of Mu:Con 2019 pose at a press conference at Nodeul Island’s Live House in central Seoul on Thursday. The government-led music fair invited 74 Korean artists and teams to showcase their talents during free concerts from Sept. 30 to Oct. 3. [YONHAP]

There’s more to Korean music than K-pop idols, and Mu:Con 2019 is determined to drive that message home.

The annual government-led Seoul music fair returns for the eighth year from Sept. 30 to Oct. 3 with 74 Korean artists representing a range of genres including rock, electronic and traditional Korean music. They will take to the stage in free concerts in the hopes of winning over new fans - and possibly impress a visiting foreign music executive.

If they succeed in the latter, they could get invited to participate in music festivals abroad or collaborate with foreign artists.

Talks will be given by industry leaders including Nicole Frantz, senior vice president of Capitol Music Group.

Mu:Con’s organizers made a couple of major changes this year.

Veteran musician Lee Yoon-sang, known professionally as Yoon Sang, takes on the new role of art director, a position created this year. Acclaimed as both a singer and music producer, Lee previously served as musical director of the Korean art troupe that performed in Pyongyang last April ahead of the inter-Korean summit.

There was also a big change in partnerships and venue. In previous years, the fair was co-hosted by MBC and held in the TV network’s building in Sangam-dong, western Seoul. This year, Mu:Con teamed up with KBS and relocated their performances to an outdoor plaza in front of Coex in southern Seoul, making it possible for passersby to enjoy the performances as well.

On Thursday, the Korea JoongAng Daily sat down with Lee to discuss his expectations for Mu:Con 2019. Below are edited excerpts. 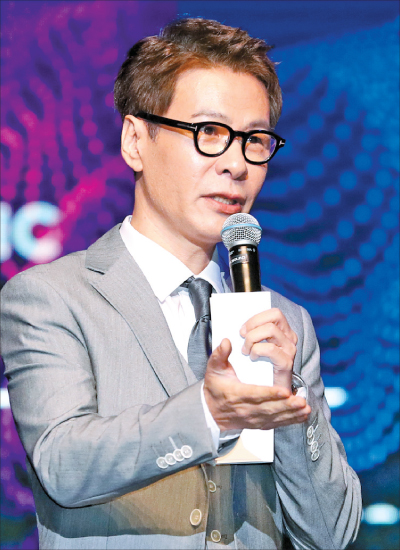 Q.What is your role as Mu:Con’s first art director?

A.Until the last edition, Mu:Con formed a special committee to select participating artists. The committee was made up of journalists and TV producers but rarely any musicians.

As an art director, I get to weigh in on which artists to showcase on stage. I focused on delivering the depth and diversity of Korean music.

What do you hope to achieve with Mu:Con?

Before I came to Mu:Con, I thought I had a good grasp of Korea’s younger musicians.

But as I listened to the music sent by Mu:Con applicants, I realized that there were so many good artists that I had never heard of, some who have been active for more than three years. I felt guilty for not knowing them sooner.

In the past, it was easier to keep updated with new indie musicians if you just followed the right channels, but now artists share their music on so many different platforms.

I hope Mu:Con will be an opportunity for Korean artists to reach out to potential fans abroad who can appreciate music as a language without borders.

Given BTS’s success, how do you expect K-pop to fare abroad?

The success of BTS is unprecedented. Asian pop stars were nearly non-existent in the U.S. music industry. Two years ago, I also thought that BTS was opening a new era for Asian artists.

But now I came to accept more or less that BTS is really just a phenomenon and that their success is their own.

It’s risky to think that BTS paved the way for similar success of other groups, but as long as there are small pockets of fans who love Korean artists all over the world, I think the future of K-pop is still bright. 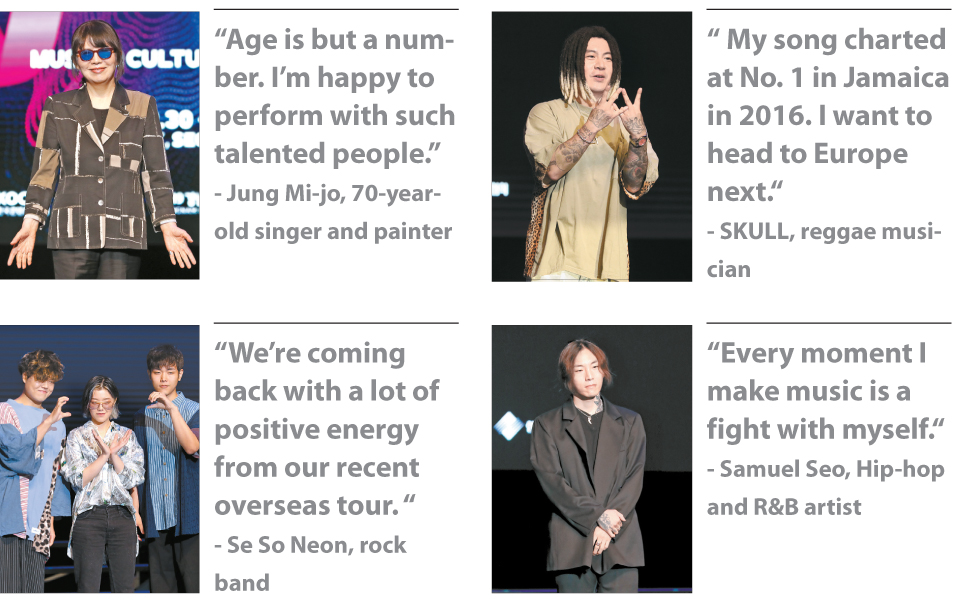 Are there any specific Mu:Con artists whom you’ve been paying close attention to?

There are some artists that I know will blow up, and it’s just a matter of when. Like for Se So Neon, they aren’t known widely to the public, but they’re already like superstars for those into music. Cotoba is another promising team I discovered during the selection process.

One of the keywords for Mu:Con 2019 is “tech.” How does technology relate to music?

One way that technology relates to music is through collaboration. There was a time that it was impossible to record if the instruments were not present in the same space. But through the development of the internet, we were able to invite a lot of collaborations.

It’s been a while since you released your own music. Do you have any plans for new albums?

When I heard that Jung Mi-jo applied to Mu:Con, I felt like I was being scolded.

Younger people might know her from IU’s remake of her song “By the Stream,” but Jung has the power of the original. She’s over 70, but her speech and mannerisms are not what I’m used to from people her age. I was also really shocked by how many fans she has.

I myself was never really a performer. A few years ago, I actually started working on a seventh album but ended up scrapping it completely. I think I’m still in the process of finding my language in music.

The second round of registration for Mu:Con 2019 opened Friday at 6 p.m. on ticket.melon.com. Those without tickets can drop by Coex in southern Seoul to catch some of the performances or tune into a recorded broadcast on Oct. 31 at 11:40 p.m. on channel KBS1TV.