All lies, no statistics

All lies, no statistics 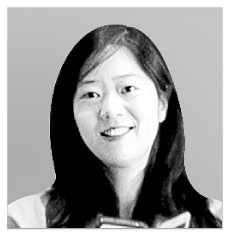 “Prosecutors’ Civil War,” a best seller by a prosecutor, begins like this: “Korea is a republic of fraud.”

According to the book, there are 240,000 fraud cases a year, one every two minutes, and they add up to more than 3 trillion won ($2.5 billion) in annual damages. There is a simple reason for fraud to result in material and mental pains: it is a business of gain, not loss. The author claims that most crimes, like murder and violence, are crimes of passion, but fraud is different. Calculation comes before emotion. In other words, fraud is committed when gain is greater than risk.

Nobel Prize-winning U.S. economist Gary Becker (1930-2014) said that people commit crimes because the gain is greater than the price they have to pay. Most people will not sell their conscience and deceive others for profit, but swindlers seem to have different DNA.

I read the book again because I never felt like the phrase “a fraud republic” has been so relevant. High-level government officials compete to publicly tell lies. President Moon Jae-in passed a budget for a presidential memorial for himself separate from the presidential archive at a cabinet meeting. But when the media attacked, he said he never ordered or wanted it. Less than a month later, the official briefing of the Blue House spokesperson turned out to be a lie. But the president achieved the objective of avoiding immediate criticism thanks to steadfast support from his loyalists. Although people with common sense felt dumbfounded at the president’s behavior, he may be satisfied that it was worth it.

When employment and hiring corruption at Seoul Metro were confirmed by the central government’s Board of Audit and Inspection, Seoul Mayor Park Won-soon told bold lies on social media that hiring corruption was not true and instead criticized the media. People with common sense were speechless at his brazenness, but he seems to think it was “profitable business.” That’s because Park could cover his flaws and get applause from the supporters of the administration, who are not satisfied with media coverage on Justice Minister Cho Kuk, by adroitly targeting the media.

All these are bad lies, as one public servant said — as if treating people like dogs and pigs who chew on the food thrown at them. However, some point out that Prime Minister Lee Nak-yon’s lie is the worst of all. At a National Assembly interpellation session, Lee said that it was excessive for many male prosecutors to raid Cho’s home — where only two women were at the time — for as long as 11 hours and had a meal delivered there. That’s a boldfaced lie. The only facts in his remarks are “11 hours” and “meal.”

When the search of Cho’s residence took place on Aug. 23 — just four days before the interpellation session — pro-Moon lawmakers attacked the prosecutors with lies and accusations. Then the prosecutors explained that the search time was extended because additional warrants were needed to be issued by the court. And they had a meal because Cho’s family suggested it. In addition to Cho’s wife and daughter, his son and male attorneys were also present. That’s not all. The search team included a female prosecutor and investigator.

The prime minister made a false argument at the National Assembly as if to please his boss. But more unpleasantly, the prime minister tried to incite young women in their 20s and 30s — core supporters of the administration — using the most sensitive gender issue. Lee wanted to imitate Nazi agitator Joseph Goebbels, who said that he could make anyone a criminal if he were given one sentence. With only one sentence, the prime minister demonized the prosecutors. After the lie was exposed, he said he was being careful to make a decision because of mixed reports.

As most media — including the pro-Moon Hankyoreh and MBC — made the report. I don’t know where and what report the prime minister had seen. Even if it is true, it is not common sense that the prime minister refers to a wrong report without basic fact-checking and damages the honor of a state agency.

As Cho is not harmed for telling lies and gets praise, everyone imitates him. They may be happy that they did profitable business, but some people turned their backs long ago. The Gwanghwamun Square rally — which was larger on Oct. 3 — showed that clearly.