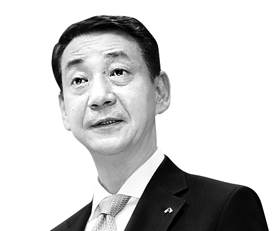 Kwon Yong-won
The author is the chairman of the Korea Financial Investment Association.

The world’s richest nation is Luxembourg, a tiny landlocked state in western Europe. The country is slightly bigger than Jeju Island and has a population of 600,000, whose per capita income averages $120,000. A poor rural country in the 19th century has become the world’s wealthiest because the state systematically groomed its financial sector, specialized in funds and built unrivalled competitiveness as a global financial hub.

Korea scores poorly in financial competitiveness. Seoul and Busan were ranked 36th and 43th, respectively, on an international scale. It does not make the 20 most competitive countries list on fintech. Still, there are revived aspirations across the industry for a leap into the future.

Assets under Korean securities companies ballooned to 491 trillion won ($414 billion) by the end of June, nearly quadrupled from the end of 2007. The net worth of the industry leader was one fortieth of Goldman Sachs’ a decade ago. It has grown to one seventh by now. Total assets under asset management companies are expected to top 4,000 trillion won by 2030 to become the world’s sixth largest.

Advances in capital markets and international competitiveness in the financial sector cannot be neglected because capital markets back manufacturing and new industries as core infrastructure and are responsible for wealth management and old age security for the public. To achieve our goals, there are some areas we must focus our capabilities on.

The so-called 12 tasks to innovate our capital markets to induce a “big bang” for Korean capital markets must be carried out without delay. Global investment banks have been impressed by Seoul’s progress in removing the so-called Chinese wall, or barriers, on the regulatory front. But further advances cannot be possible unless the seven reforms in the revised act on capital market — which is pending in the legislature — are passed. The National Assembly must approve the act as soon as possible.

A system allowing outside experts to invest retirement pensions in profitable assets at home and abroad should be introduced. The system can help the public better prepare for old age and strengthen the country’s financial standing as well, as it expands overseas investment of retirement pensions for stable and solid returns. For instance, the introduction of 401K plans in the United States and a similar program dubbed Superannuation in Australia helped boost competitiveness of the pension markets in those two countries.

Taxation on capital market also needs to be fixed according to global standards. Net calculation of profit and losses in capital investments, tax deferrals for losses, and deductions for long-term investments are common in advanced markets like the United States, Japan and Hong Kong. Many global financial companies are bewildered to discover that they are still not available in Korea.

Establishing infrastructure to facilitate cross-border transactions is also crucial. Korea must play an active role in Asia Region Funds Passport, a multilateral framework to facilitate the cross-border marketing of managed funds across participating economies in the Asia region. Luxembourg became a financial hub by removing regulations on corporate funds, promoting so-called umbrella funds (investment funds that contain multiple sub-funds) and introducing a financial system that allows an asset management company to carry out cross-border fund operation, registration and sales. Barriers in multinational investment firms’ marketing activities also need to be removed. Korean shares, too, need to be incorporated to the developed category like the MSCI index.

Fintech hotbeds such as Level 39 in London, Factory Berlin and Innovation Norway gave inspiration to other major cities. Korea has made a special act on financial innovation support, but it must back it up with revisions in the credit information act to take advantage of big data in the financial sector.

In order for Korea to produce top-class names like Samsung Electronics in the finance sector, the industry, government and legislature must move in sync. Companies must tend to internal growth though risk management, inner controls and consumer protection as much as their physical expansion. The government must do away with unnecessary regulations and the National Assembly must expedite related legislation. Such concerted efforts will add a financial reputation to the cities of Seoul and Busan.