Beanpole sees future in fashion from past

Beanpole sees future in fashion from past 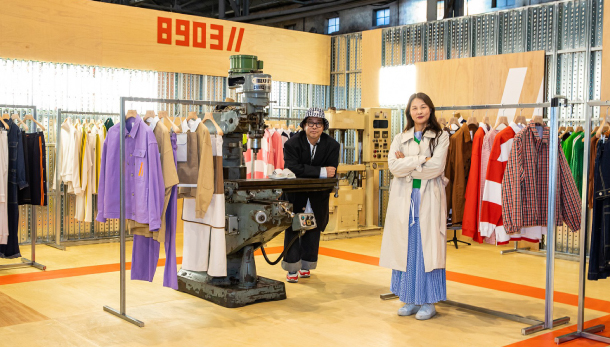 Samsung C&T’s Beanpole, launched in 1989, said it will jettison the western, preppy styles of the past three decades and take inspiration from Korean styles in the 1960s and 1970s, when fashion changed with the influx of western styles, according to Jung Ku-ho, adviser at Beanpole.

The new look has been applied to the spring and summer collection and may go abroad. Samsung C&T exported Beanpole to China, and the fashion company hopes to extend its reach to other countries.

“Beanpole tried to find the brand roots from the U.K. and sometimes from the United States,” said Jeong at a press event held in Incheon on Tuesday. Beanpole is known to have taken inspiration from Ralph Lauren and Ivy League preppiness.

“We weren’t sure whether it would be the right move to continue that strategy for the brand and decided to tell our own story by finding our Korean heritage.”

The brand is trying to endure in an era when brands quickly appear and disappear.

“Just like humans, a brand also has vitality,” said Park Cheol-kyoo, executive vice president at Samsung C&T. “We hope to instill life into the brand to make it last over the next decades.”

Apart from creating a new hangul (Korean alphabet) font for the brand logo, Beanpole changed the design of its stores to reflect Korean architecture from the ’60s and ’70s.

The existing logo features a man in a top hat and tails riding a penny-farthing. The new logos feature both men and women, relatively younger, in different attire on a redesigned penny-farthing.

The casual brand said it has also started to take the eco-friendly movement seriously and is selling clothes made from using recycled materials such as plastic bottles.

Part of that effort includes launching Beanpole’s new line, 890311, which is the date Beanpole was born.

Compared to classic Beanpole designs, items in the new line offer a larger variety of colors and retro designs, which young people these days are fond of, according to Jeong. Prices for the line are 10 to 20 percent lower than the usual Beanpole goods.

“Young people these days love retro styles that were the trend before they were born,” said Jeong. “They seem to love that retro vibe.”

Beanpole will open pop-up stores to demonstrate its new look.

“In celebration of Beanpole’s 30th anniversary, we have laid out various plans for brand renewal and plan to continuously evolve the brand,” said Park Nam-young, division leader at Beanpole. “We hope to secure new customers and also communicate with millennials and Generation Z.”