JEON YOUNG-SUN
The author is a reporter for the industry team of the JoongAng Ilbo. 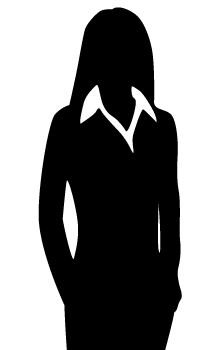 There is a news article that I read every year and can predict not only the content and the title, but also the responses. Unsurprisingly, Korea has once again ranked at the bottom of a list of the number of female executives. No matter which agency takes the survey, Korea’s situation remains the same. Along with the survey on the income gap between men and women, Korea always ranks lowest.

A recently published report by Credit Suisse on gender diversity in boards of directors was no exception. Among the 39 countries surveyed, Korea was ranked 39th on the share of board members that are female across 3,000 companies. While the international average is 20.6 percent, Korea had just 3.1 percent. It is significantly lower than other low-ranked countries — Pakistan at 5.5 percent, Japan at 5.7 percent, Russia at 5.7 percent, Argentina at 6.8 percent and Mexico at 6.9 percent. If you exclude female executives who are members of owner families at major Korean companies, the share of female board members is actually even smaller.

In a society where both spouses are expected to work, the ratio of female executives in Korean companies hasn’t improved for years. In the same survey, Korea had 3.9 percent in 2015, only to fall to 3.6 percent in the following year and 2.9 percent last year. Why is Korea not changing?

In the course of joining and leaving a company, women are still discriminated against. Recently, Seoul Metro was caught manipulating interview scores to exclude six female candidates who could have been hired. In private companies, the bias that a certain job is “too hard for women” or “unsuitable for sensitive women” is still in place.

Academic and regional networking in Korean corporate culture is also one of the reasons women are excluded from fair opportunities. Many say that it has changed drastically, but if you attend a meeting with executives, the culture is still strong. When you meet someone for the first time, at least the first 10 minutes are spent finding common ground, sharing where you are from, which high school you went to and whether you served in the same military posting.

Those who graduated from notable boys’ high schools with strong attachments to a specific hometown are obsessed with finding someone similar. There is always someone knowledgeable in the resumes of key figures in every company, as it is still useful for career success. It is needless to mention that child care and housework focused on women after marriage serve as serious career obstacles.