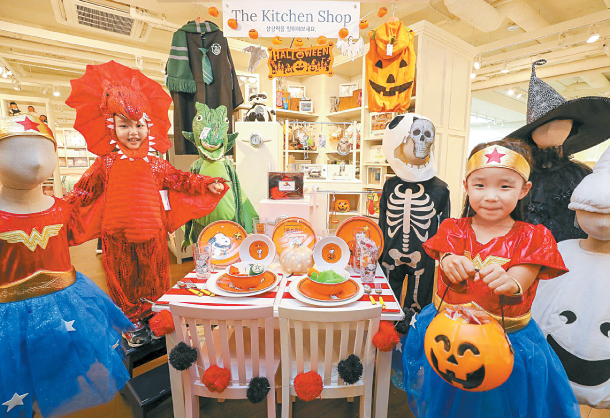 Until few years ago, Halloween wasn’t a major promotional holiday for retailers in Korea. But the profile of the spooky holiday is now big enough for operators to create special concept stores for the occasion.

“Halloween promotional goods are especially popular among kids who tag along to the stores with their parents,” said a spokesperson for GS25. “Halloween hadn’t been a big event for convenience store operators since the timing is very close to Pepero Day.”

Pepero Day, which falls on Nov. 11, is a romantic holiday when couples exchange the chocolate snack. Along with Valentine’s Day and White Day, when a man gives his romantic partner gifts, it is one of the three major holidays for convenience operators. 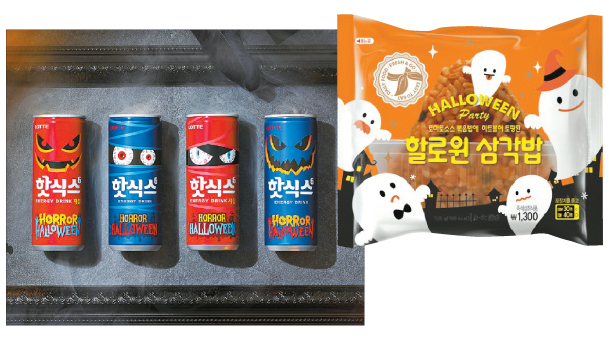 BGF Retail, which operates the CU convenience store chain, said it will give out tickets for Lotte World’s Halloween festival to a select number of people who purchase a Halloween promotional good and post a picture of it on Facebook. Rival 7-Eleven said it is not actively promoting Halloween, while Emart24 said it introduced several Halloween snacks, like a gimbap in ghost-like packaging.

A spokesperson from Emart24 said the company hopes to expand the Halloween promotion next year.

Daiso also rolled out a Halloween promotion during which visitors can purchase 230 types of Halloween goods. The retailer said 80 percent of the items, which range from pumpkin LED lamps to costumes, are sold at prices below 2,000 won ($1.20).

Starbucks decorated some of its stores for Halloween and has started offering three new Halloween drinks. The drinks include “ghost mocha coffee” and “dancing ghost chocolate.” Dunkin’ Donuts rolled out a Chucky promotion that allows consumers to purchase a Chucky cushion at a discounted price.