[Sponsored Report] Nothing but net for Samsung Electronics

[Sponsored Report] Nothing but net for Samsung Electronics 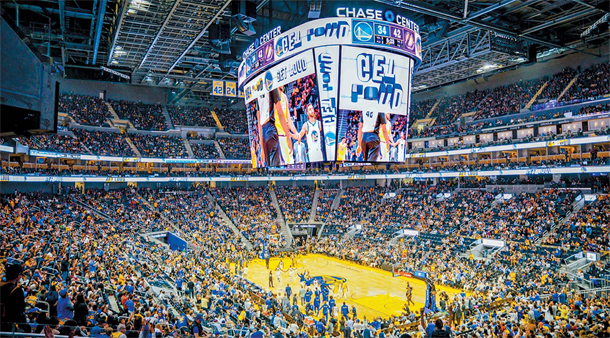 Since the launch of its quantum-dot light-emitting diode (QLED) TVs in 2017, Samsung Electronics has sold more than 5.4 million of the innovative TVs, cementing its position as the No. 1 player in the global TV market.

During the first half of 2019, Samsung Electronics has sold 2 million QLED TVs, a 127 percent increase compared to the same period a year earlier.

With another 3 million units expected to be sold in the second half of this year, QLED TV sales for the year should total 5 million, a 92 percent increase compared to 2018.

Samsung Electronics has consistently maintained a market share over 50 percent for 75-inch or larger TVs since the third quarter of 2017.

The reason behind the electronics giant’s high market share is its constant investment in large TVs and its successful entry into the 8K TV market. 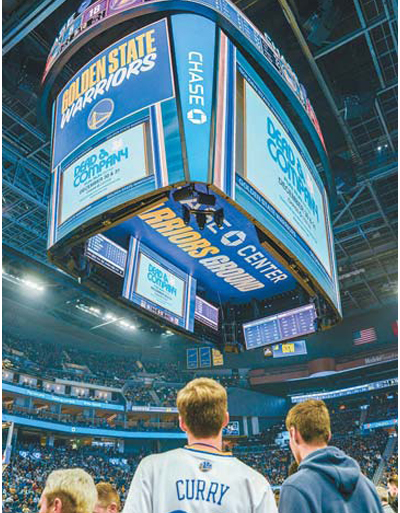 The Samsung Electronics 360-degree display above the court at the Chase Center is the largest installed at an NBA stadium. [SAMSUNG ELECTRONIC]

As well as its success in the large-size TV market, Samsung Electronics has also used its display technology to install smart signage and huge LED screens at the Chase Center in San Francisco, home of the Golden State Warriors.

The Chase Center is an indoor arena that opened in September this year in San Francisco’s Mission Bay neighborhood. The arena seats over 18,000 people.

Samsung Electronics installed a total of 64 large LED screens and over 1,100 signs throughout the arena.

The biggest screen installed in the center of the stadium — a huge 360-degree display above the court — is the largest ever to be installed at an NBA stadium. This ensures that all spectators have a good view and keep up to date with the score and play-by-plays. The screens will also be useful for other live events like concerts.