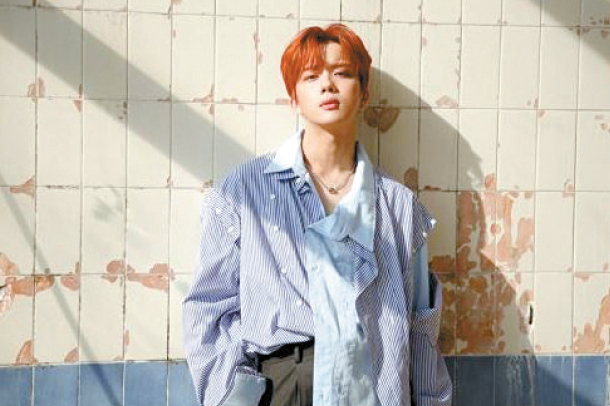 Singer Youngjae of the boy band B.A.P dropped his second EP “O, on” on Tuesday, according to his agency Dmost Entertainment.

“Youngjae will kick start his promotional schedule as a solo singer for his second EP ‘O, on’ with the lead track ‘Forever Love,’” the agency said.

“Forever Love” is a powerful EDM track featuring rock elements with lyrics that resemble a loving serenade of a man to his eternal love.

“It will be a chance for fans to see a new side of the singer - more powerful and more trendy,” the agency said.

The EP also contains two additional tracks that were written and produced by the singer himself.

Youngjae made his debut as a member of boy band B.A.P in 2012 and began his solo career this year with his first EP “Fancy,” which dropped in April.

He performed “Forever Love” for the first time on the SBS music program “The Show” on Tuesday evening.