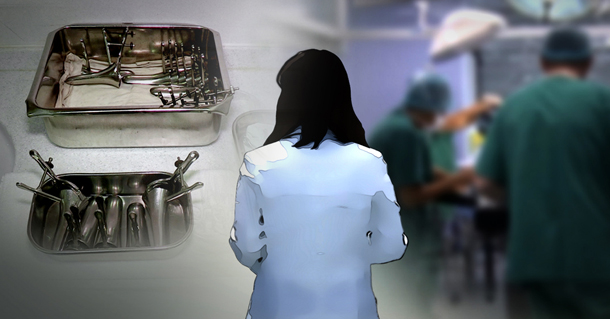 LEE ESTHER
The author is a welfare administration team reporter of the JoongAng Ilbo.

On Jan. 25, 2018, a baby weighing 302 grams (11 ounces) and 21.5 centimeters (8.5 inches) tall was born at Asan Medical Center. The baby, smaller than the size of a palm, was born at 24 weeks and was recorded as the smallest baby born in Korea. The medical staff thought that the baby had less than a 1 percent chance of surviving, as the baby was barely over 300 grams — the minimum weight needed for survival.

But after many ups and downs and 169 days in intensive care, the baby was released from the hospital. All its organs grew normally without requiring any operations — such as heart or intestinal surgeries — that are often performed on premature babies.

In Korea, about 3,000 underweight premature babies under 1.5 kilograms are born every year. In the past three years, 163 babies under 500 grams were born. Their survival rate is 28 percent, which has been increasing year by year. Thanks to medical advancements, tiny babies are modern-day miracles.

An ob-gyn doctor, who performed an illegal abortion on a woman who was 34 weeks pregnant and left the baby that was born healthy to die was arrested recently. The fetus, only six weeks shy of the full-term of 40 weeks, weighed 2.5 kilograms, enough to be considered a full-term baby. The arrested doctor performed a C-section to take the fetus, and the baby cried when it was born. It was not an abortion but practically the murder of a baby.

In April, the Constitutional Court ruled that the prohibition of abortion in the criminal law was unconstitutional. Considering the survival limit of premature babies, it suggested 22 weeks into pregnancy as the limit where abortion is allowed. The court ordered the criminal law to be revised by December 2020.

However, the National Assembly and the government are sitting on their hands. I am worried that after one year and two months, it could become a lawless situation where a 40-week fetus can be aborted. The time to think about the weight of life is approaching.